For all travels, this has to be one of the best secrets that I have run into! It borders on being pristine! There also has to be a lot said for "the locals"…they are probably 90% of the users here & I applaud them for taking such good care of this little treasure.

I just spent some time walking up the road coming in, that is where the skeleton of the almost was power & irrigation pumping station is. 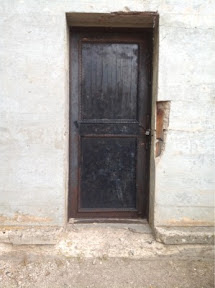 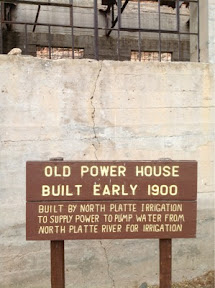 There is also the remains of an old bridge that looks like where the original road was coming into the gorge to the plant. 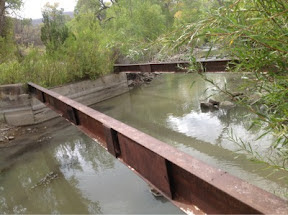 It always amazes me just how well things arête served out in the west. No protection, left totally to the elements, yet you could probably throw a decking on the beams and drive on across!

On the other side of the creek from the campsite is the day use side of the park, which has accommodations for families up to groups as large as 30-50. 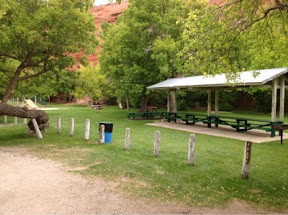 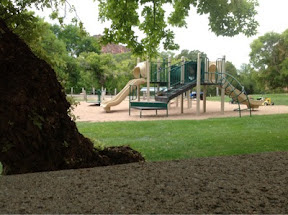 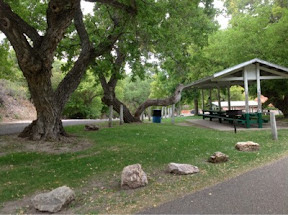 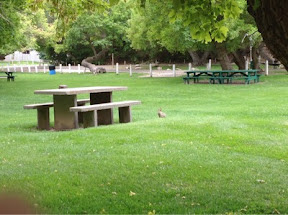 But the really fantastic thing of this park is the "bridge", which is a gem! 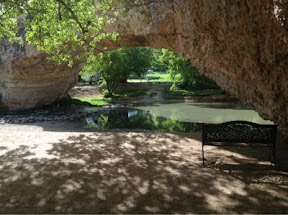 It is about approximately 30 ft high & 50 ft wide. The LePerle Creek (originally called Bridge Creek"). In 1920 Andrew Clement Ayers gave 15 acres to Converse County, WY for a park to be known as "Ayers Natural Bridge park. In later years Glen Edwards donated 100+ acres to the park. 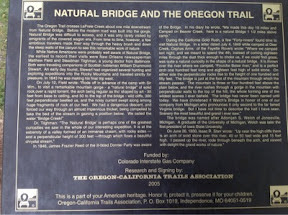 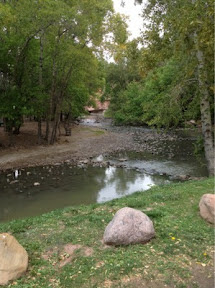 When you walk up the short and STEEP trail, ;), to the top of the bridge, you are treated to a view of nature's beauty! 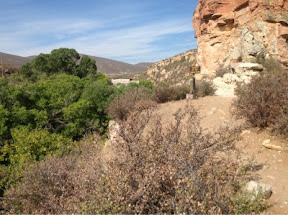 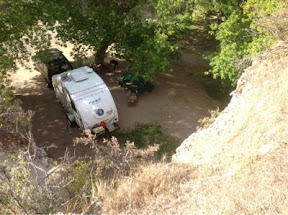 And a bird's eye view of my camp spot!

The Park Manager & caretaker of the park is Wendell Manning, for the past 12 years he's held the job, and he's the reason this park is like it is! I've seen him ride around here in a pickup, atv & on his bicycle! He really sees to it that the park is kept up and is always making improvements. 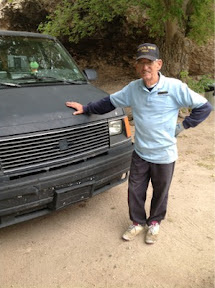 I tip my hat to a man that loves his job and the land he's is keeper of!

By Frog - Posted using BlogPress from my iPad