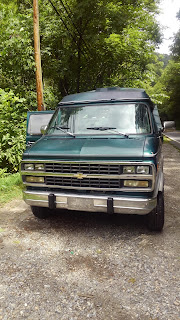 Which stands for Lilypad! The reason...Europa laid down and died on the Blue Ridge Parkway...poor 'ol girl! A couple things died at the same time, so she is now no more! 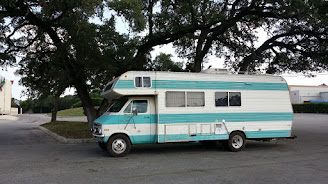 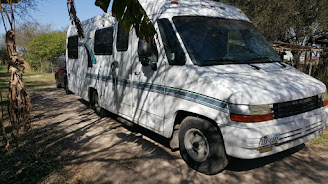 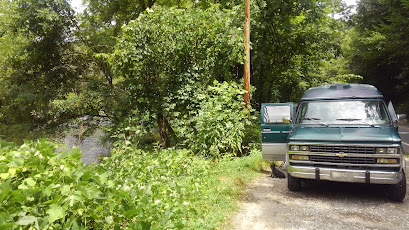 Bertha was a learning lesson...not to over load my capabilities!! Europa was  a large step in the direction of being my "tiny home", but it was also a larger house with more room to "store" things! Which meant the ability to gather STUFF!!! Which is not a good thing when you are living the tiny house lifestyle!

So I have downsized to 63+ sq ft of living space! And storage that I am building into Lily. All the while..I have learned that what all I "thought" was necessary to live this lifestyle was/is not really necessary. I believe you could say that I am becoming a "minimalist". And I'm beginning to think that I have been a closet minimalist all my life. I've always liked living in small spaces, even my work areas have usually been small spaces.

Lily is a hightop custom van. Or was!!  LOL!  We've removed all the seats except for a driver's seat. And I'm in the process of setting her up as a REALLY tiny mobile tiny home. It is an interesting project.

I found Lily in Calhoun, GA. My daughter & her husband (along with 4 grandkids) drove to Calhoun and picked up Lily. The only issue was Lily kept overheating. So the first day that I had her I had new tires put on her and had her cooling system flushed...and I don't think it had been flushed in a long, long time! A one hour flush took over 2 hours. But it mostly took care of the overheating issue. That is basically the only issue I've had with her.

And...my mileage has basically doubled!! That is just AWESOME!! 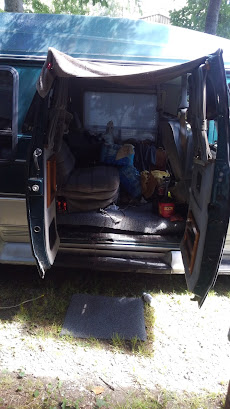 Can't see it very well, but on the first trip back to Alabama, all the seats were still in Lily. And she had quite a load of my things out of Europa...to include the secretary desk. So it was an interesting drive! And I found out that the seats in Lily were not very good for sleeping!!

Before I made the return run to NC to finish emptying my things out of Europa, Cary ( my son-in-law) helped me remove all but one seat & the sofa from Lily. I was actually amazed at the amount of room there is in Lily. 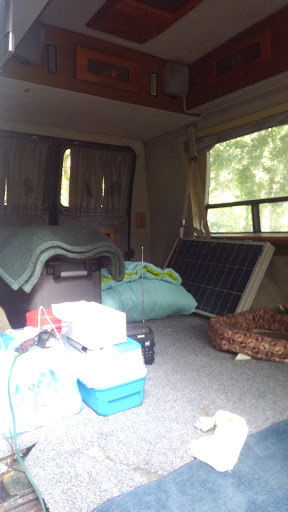 After the run from the Parkway to Alabama, my return run to NC to empty my things out of Europa was a very spartan setup.

This run is what started me to really looking at what is "necessary" and what is needed for daily life for me.

And I think this is when I really started looking at the possibility that I might not need all that I thought was necessary! 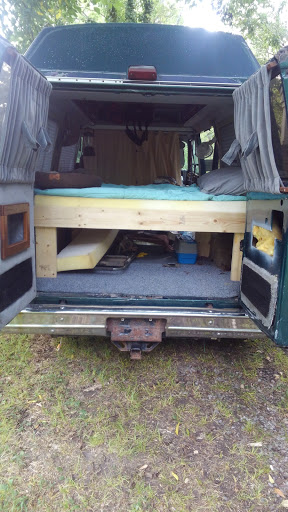 Once back in Alabama, the "reset" of Lily began. After I unloaded all the stuff and other assorted "goodies" retrieved from Europa...the "build" began. And first things first! A BED! Built in about 4 hours by Cary. Very solid, perfect fit and with the foam padding I had bought, it is perfect! 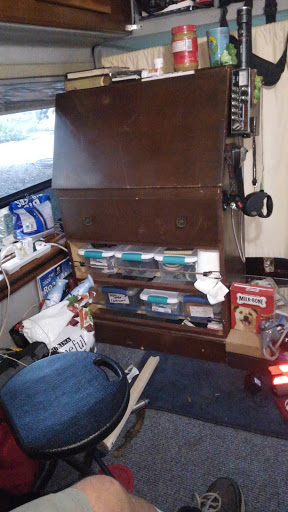 Next in the process was getting the secretary installed and secured down.

I was really happy with how it fit and the location behind the driver's seat. It leaves me room to move from the front to the back without having to get out of the van. 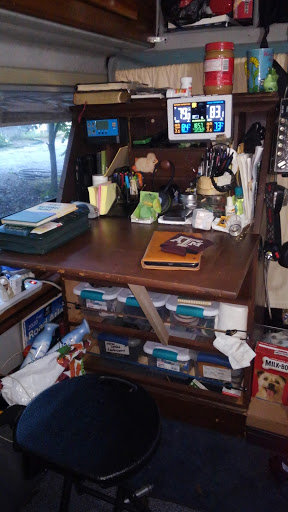 And as you can tell...my life revolves around the secretary. Between my blogging, doing my Instagram posts, journaling, trip planning...just plain old daily life centers here!

Right now I'm in the process of designing and building my "kitchen"! Have most of what I need for the project...but I'm still mulling over just exactly how I'm going to set it up. It will be very compact, but should be big enough to meet my simple cooking needs. Plus I will be doing most of my cooking either outdoors or over a fire! 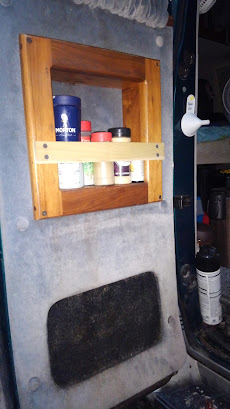 One of the things about Lily that really excited me was the fact that she had the two door setup on the side instead of the sliding door! 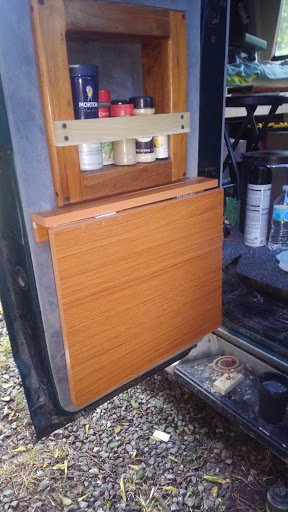 I had plans for that door from the minute that I saw it! I remembered that one of my daughters had offered me a "wall desk" she had gotten and never really had a place to use it. So I retrieved it from her and "repurposed" it!!! 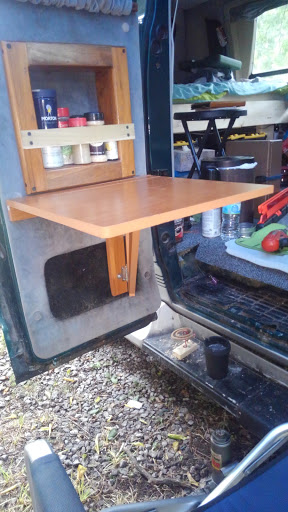 After turning the little - whatever it was supposed to be - little storage hole in the door in to a spice rack...I began to work with the "desk". Chopped off 10.5 inches of it, and after putting it together wrong twice, I had my fold up table to be able to put my stove on or make a quick lunch on so I wouldn't have to mess up the insides!!!

There will be changes coming every day for the next few weeks. That is just the way it is working out. But that is also the best way for me to do things so that I don't goof up on what I'm trying to accomplish with Lily.

But one thing I just had to add... 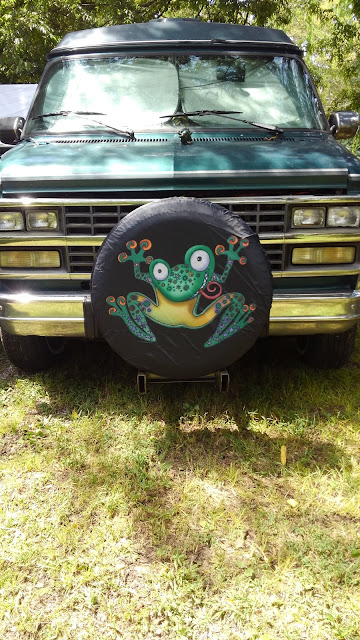 I had to have this spare tire cover!!!!
And as you can see my little "hood frog" has been transferred from Europa to Lily! That little frog has ridden on the front of my house for over 40,000 miles...and has a many more miles to travel!
That brings me pretty well up to date with what has and is going on with me. I'll try my best to not let so much time pass between my posts!
Take care, stay safe & C'ya out here soon!!