Back in Alabama - Maintenance & Upgrades! 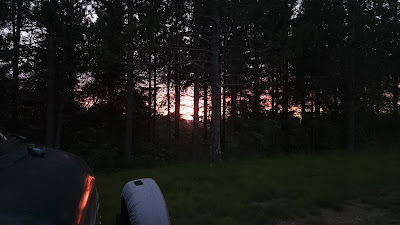 Summer is gone! The temperatures aren't, but "summer" is gone!!  LOL! I'm back in Alabama for several weeks.

Left WVa a couple of weeks early so that I would be in Huntsville, AL in time for my granddaughter's first gymnastics competition! And SOOOOOO Proud of her! She took first in 3 of the areas and she took Overall for the competition in her level! Outstanding job, Julia!!

Another reason for the early departure from WVa....my 13th grandchild is due...any day now!! So I had to down here for that also! So my winter maintenance run is ongoing.

Had two dear friends stop by for two nights on their way to D.C. for a visit. We had not seen each other in the flesh for 3+ years! It was great to be able to sit and visit! And they brought cool air with them!!!  LOL! It has been in the low 50's for the past few nights! Just fabulous!!

Have a whole list of things that I want to get done to Lily over the next few weeks.....battery, inverter, new solar panel, reconfigure storage in Lily, new fuel pump, paint Lily's roof, plugs, air filter, hmmmm....that might be enough for now!!!  LOL!

Had a nice drive back to Alabama, quite a bit faster than I will, or usually do, travel this time. But had a good reason to do more than usual! Still,
some really pretty land driven through. Saw a few spots that I will get back to next year as I go back to WVa for the summer months - up on Cheat Mountain in the Monongahela Nat'l Forest.
Stopped by the Guntersville Dam....first time I've actually been by there!

I will be traveling without the trailer this time. I've been carrying so much stuff that I have not touched for the past 18 months that it is time to do another purge!! Living "tiny" is also having to have a "minimalist" attitude, and after 6 decades of "living large", it is a real process to "get tiny". But slowly getting there!

I hope you will come back and visit me here as I start my "winter run West" in a few weeks! I have several stops planned...Padre Island (as usual!), the 9 Painted Churches of Central Texas, McDonald Observatory, The Mojave Desert, Death Valley, The General Sherman Tree, The Great Basin....and probably more spots as I travel the forgotten roads!

And the rains have kept following me!!! 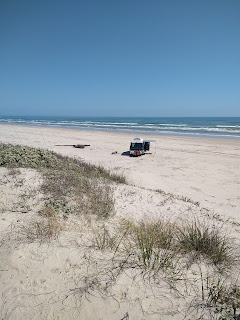