As you can tell from this picture I am currently in one of my most unfavorite states in the union....and have been here since Sunday evening. I really have no love lost for CA...and it isn't getting any better as time passes on!! 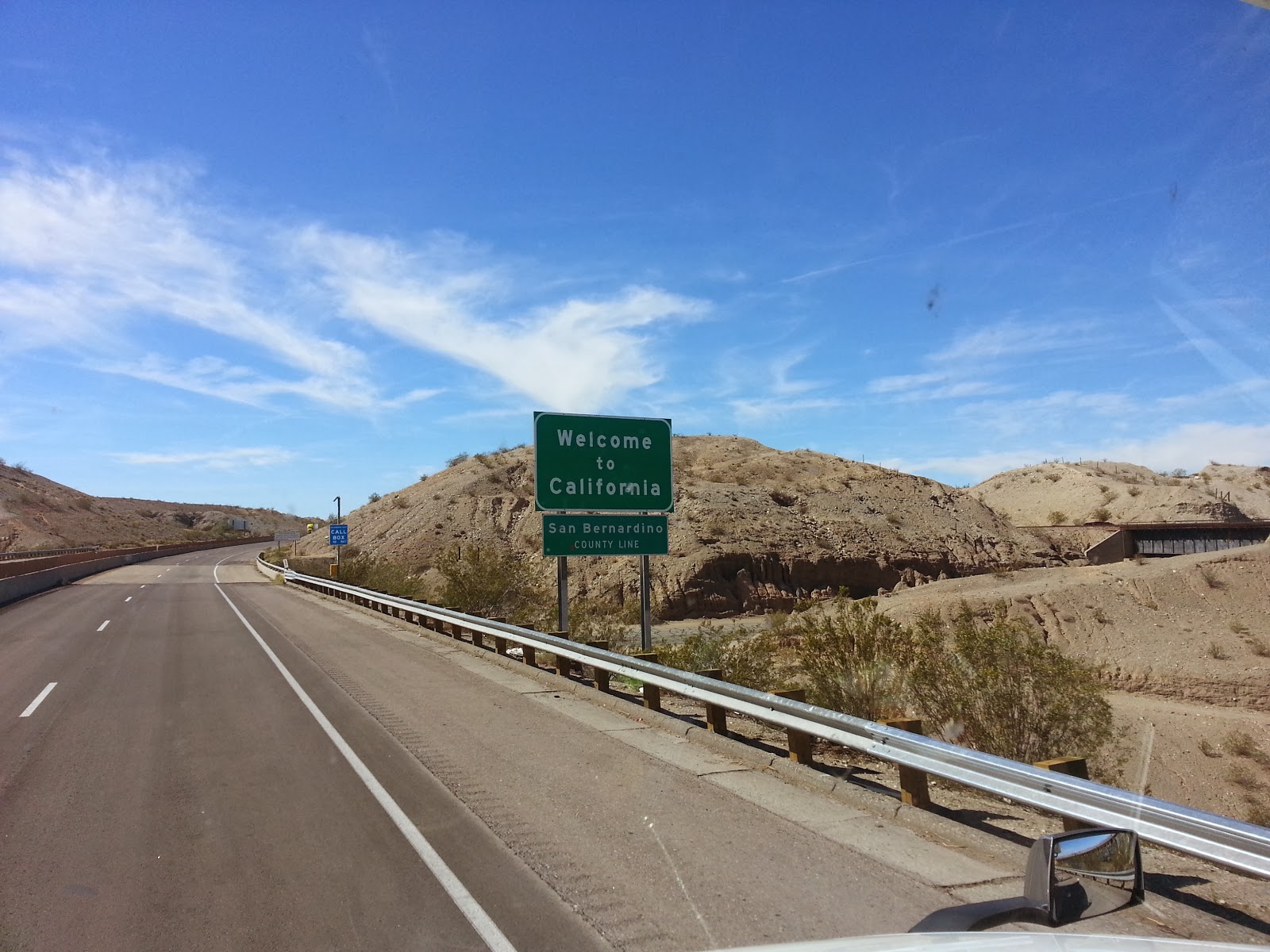 I loaded out from Boyd, TX Friday afternoon. I have two items on me right now...they are car displays for a dealership in Milpitas, CA.  Actually they are quite neat...you drive the car up into the frame of the display, and then you raise it up to the top of the display. There are racks for signage on all 4 sides and light arms for night viewing (of which most of them are in boxes inside my cab..can you tell I'm thrilled!! ). But the really neat part is that once you have the auto raised to the top, and the doors closed and the signage in place....you turn it on and the auto rotates 360 degrees around on top...pretty neat little operation. 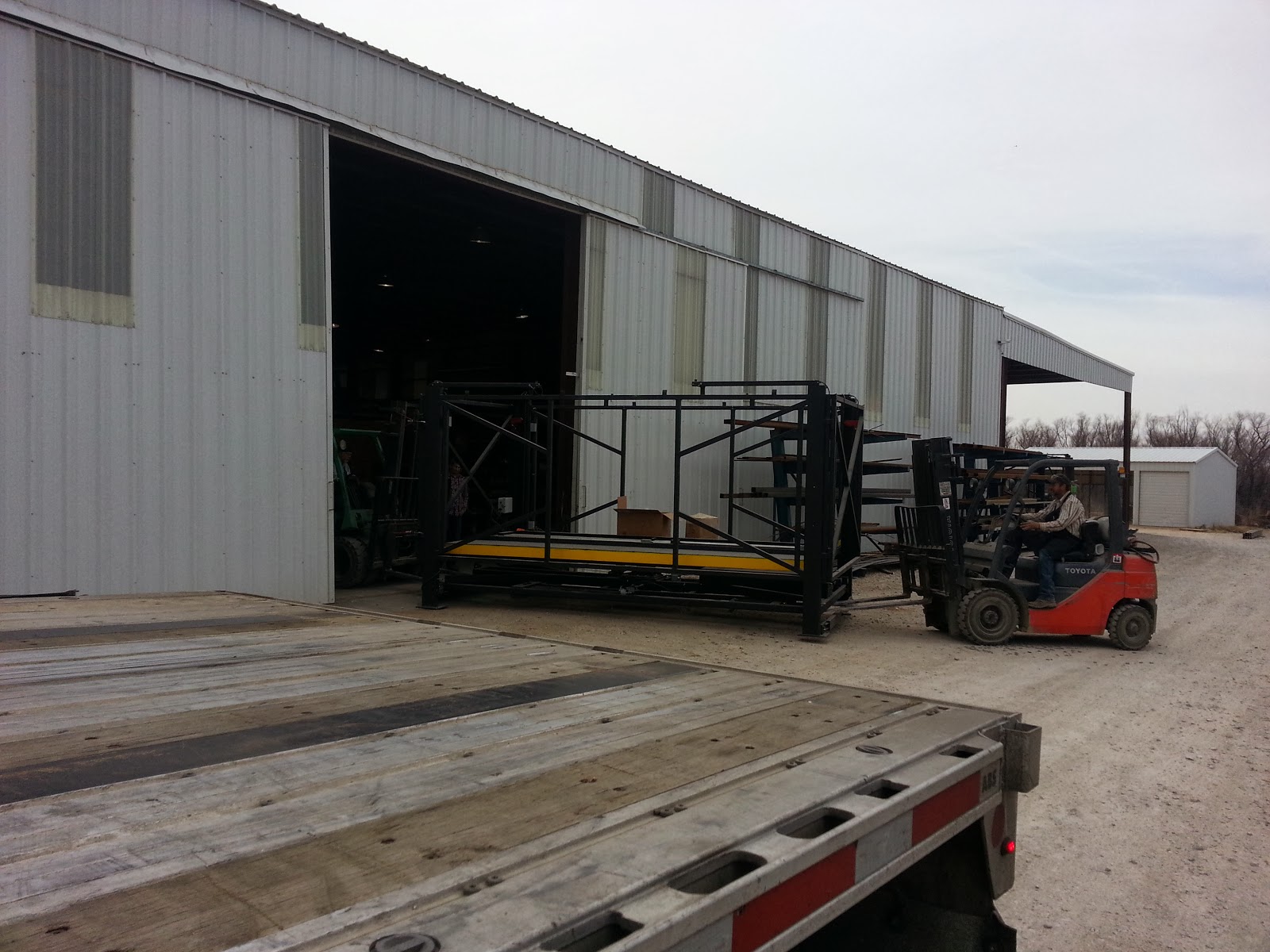 Be that as it may, I am still out in CA and sitting here waiting for delivery, because the forklift won't be there until today, but better yet, the signage is going to the house of the guy that is installing them, due this afternoon, and he lives 7-8 hours away, sooooo, needless to say, I won't be able to load out until sometime Thursday morning. That is just so exciting!!!!

But, the west does have some nice sunsets.....not CA.....tried to get a sunset shot out here and I don't think that they exist here!!  This shot is from AZ. 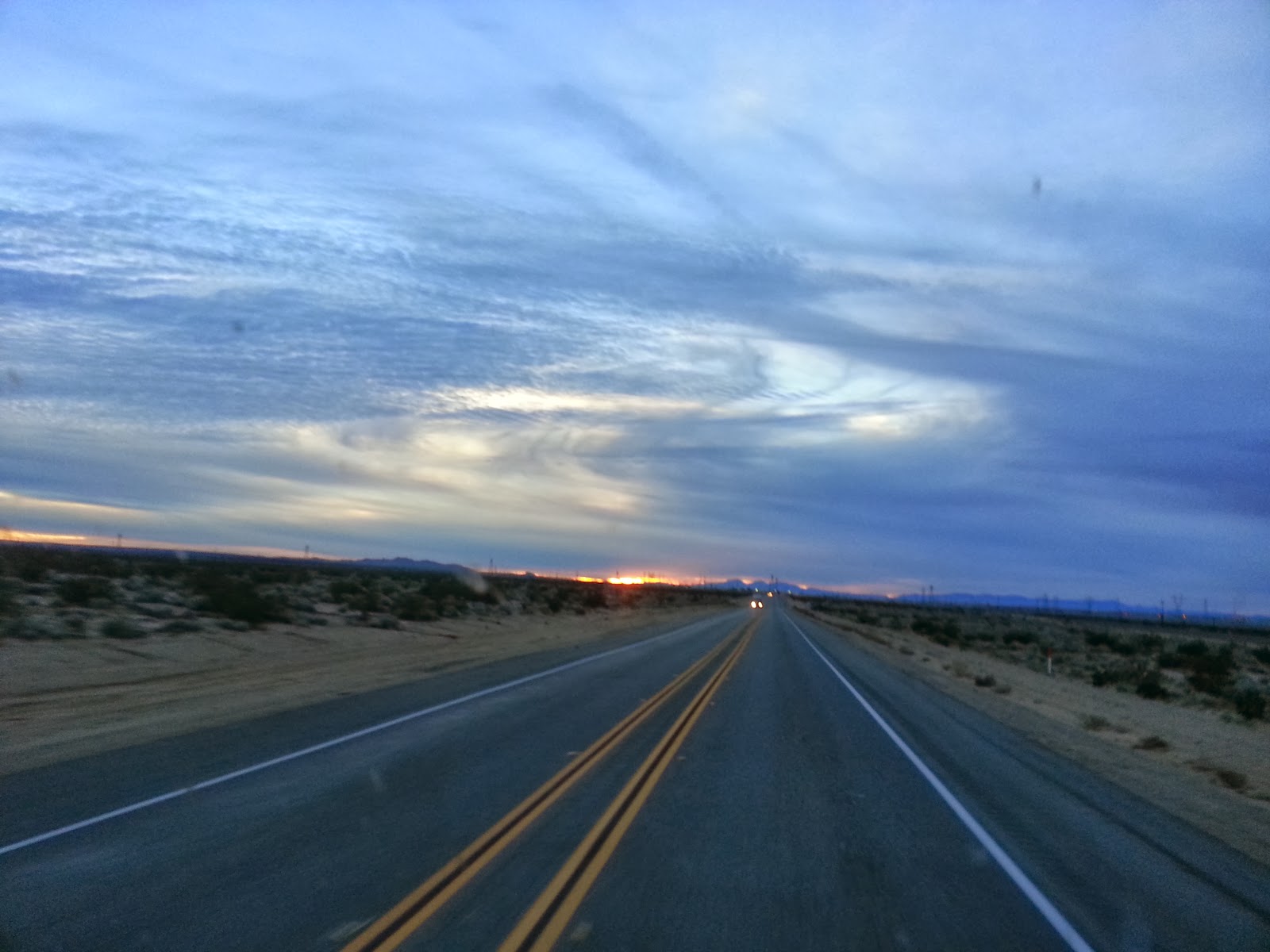 And the scenery on the road out to and back from CO is very nice! That white lumpy stuff is quite nice to look at...as long as it is not on the road 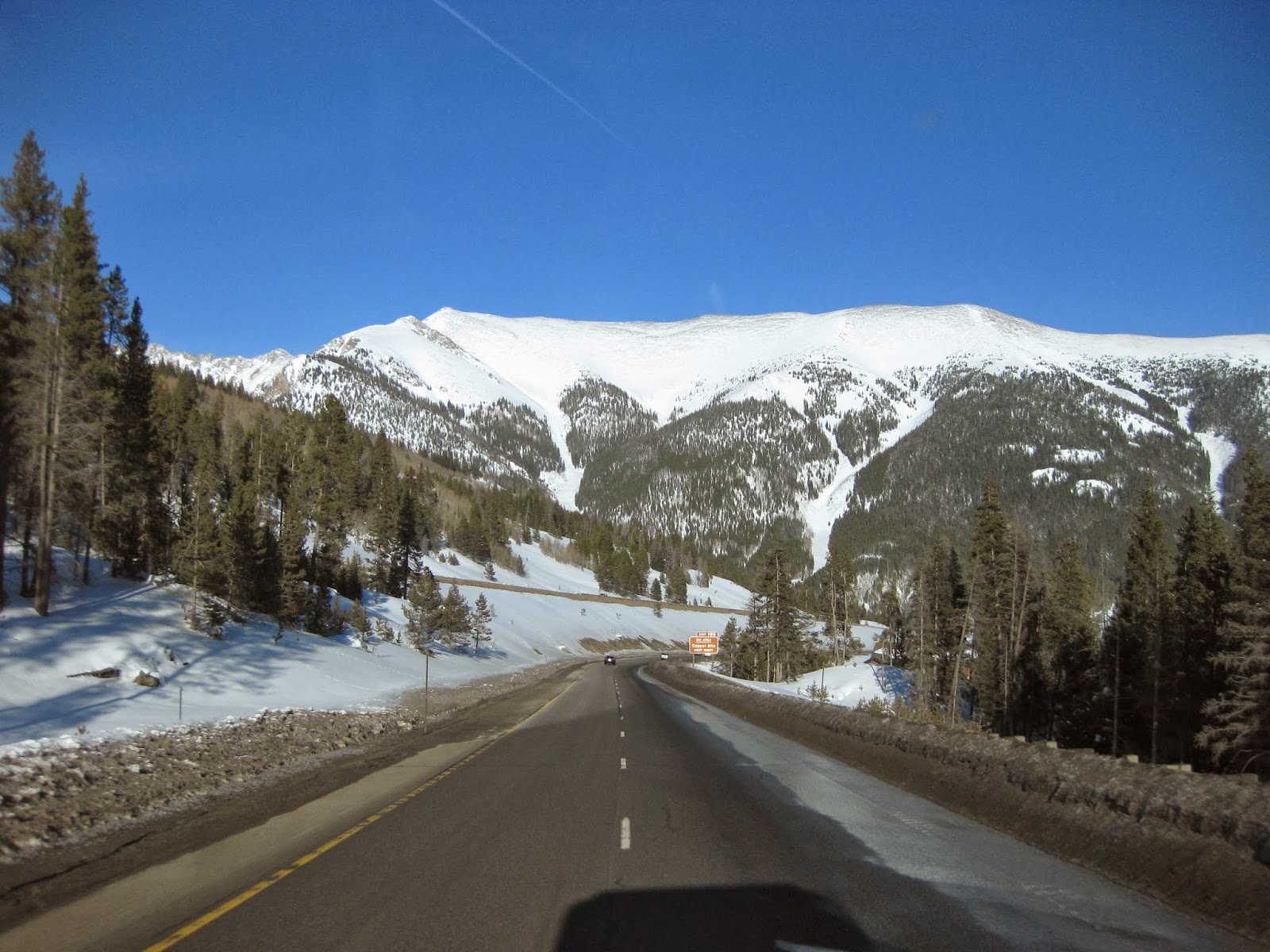 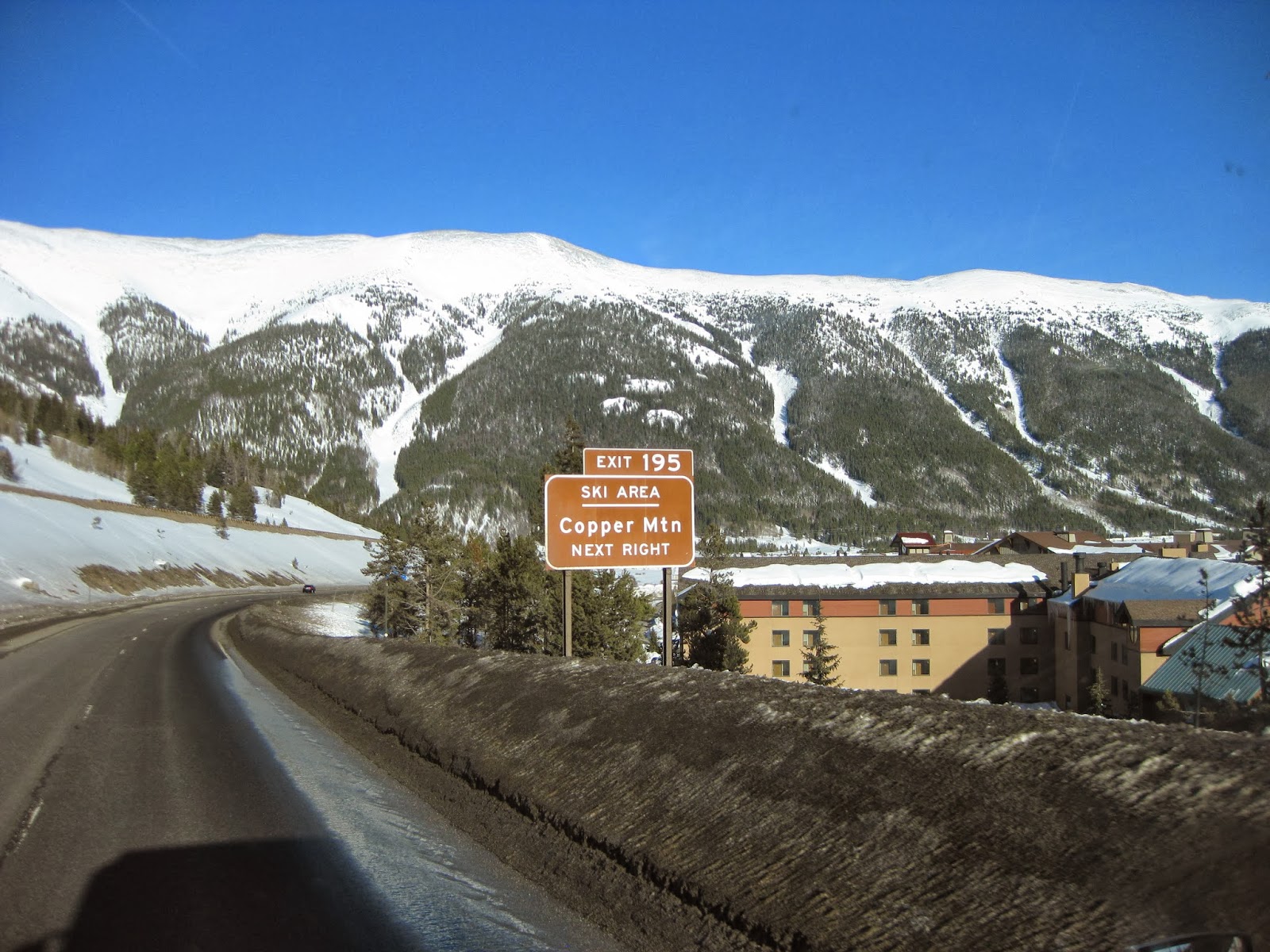 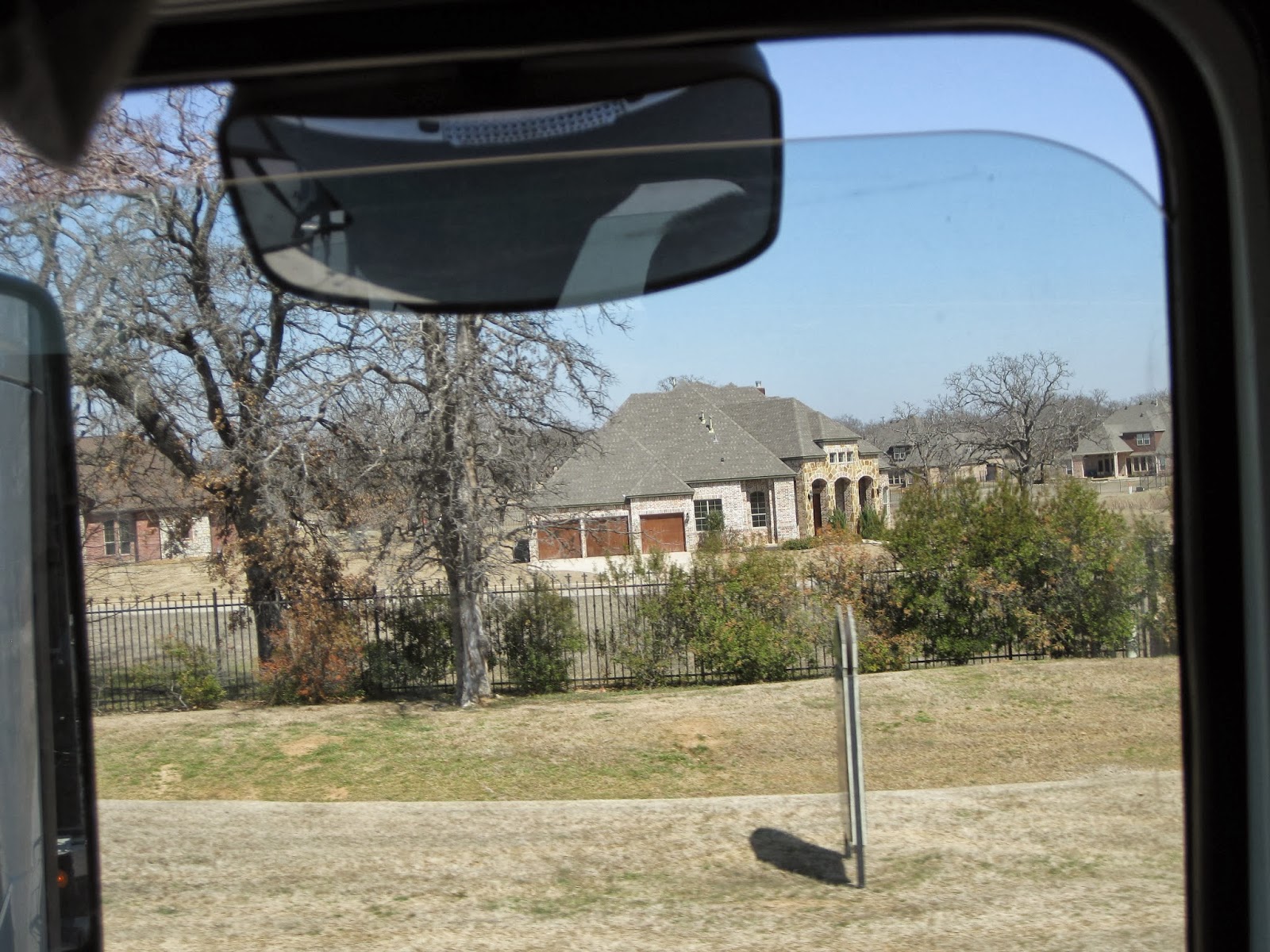 And I am always amazed at some of the houses that I see being built and already built....back to the Middle Ages???

And the cars that I stumble onto while on the road is amazing..I believe the first one is a early 60's Austin Healey, then on the car hauler is a 70's MG Midget, and this last one is a 1950's Chevy (I think, went by too fast to notice for sure!) 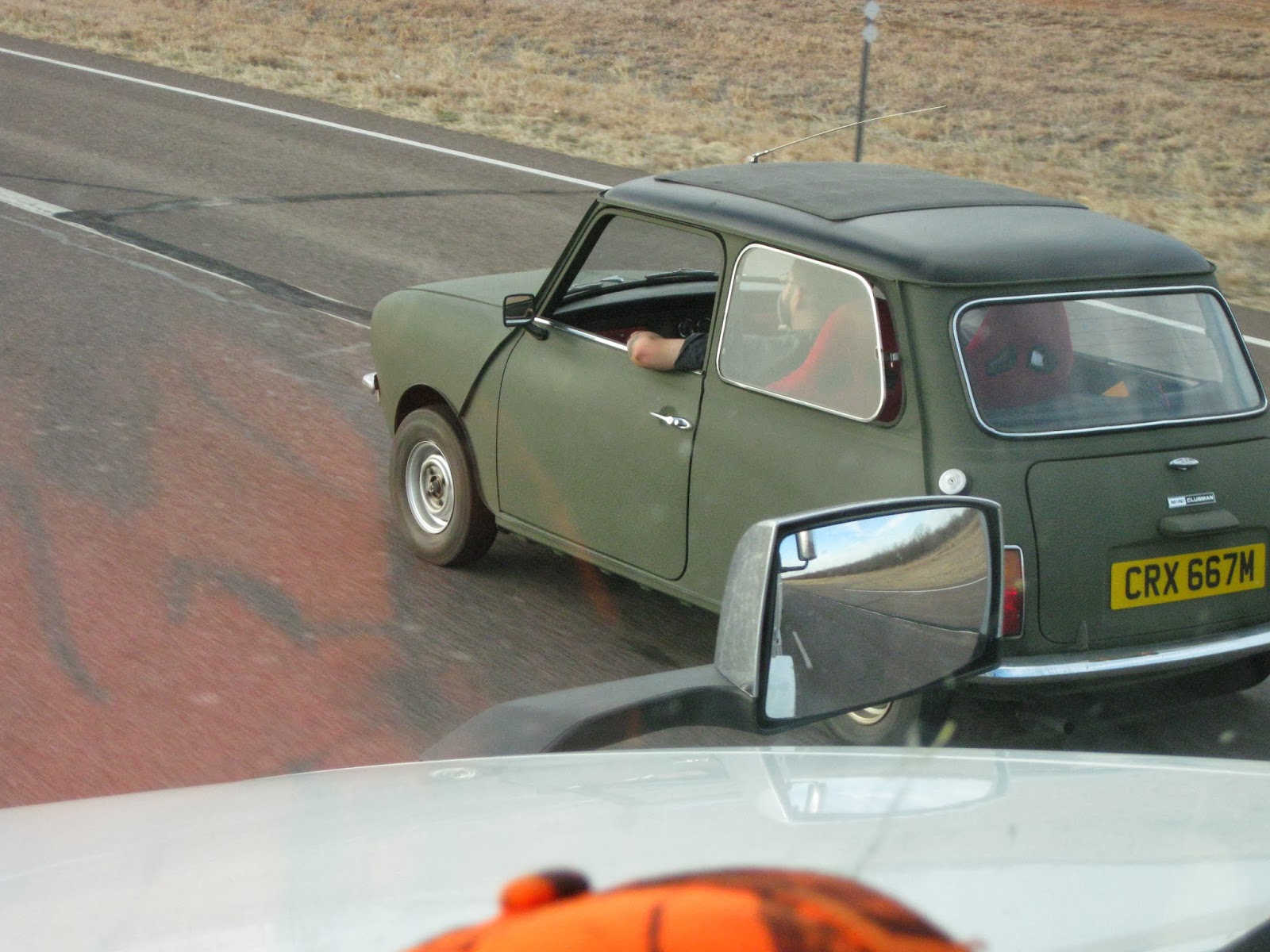 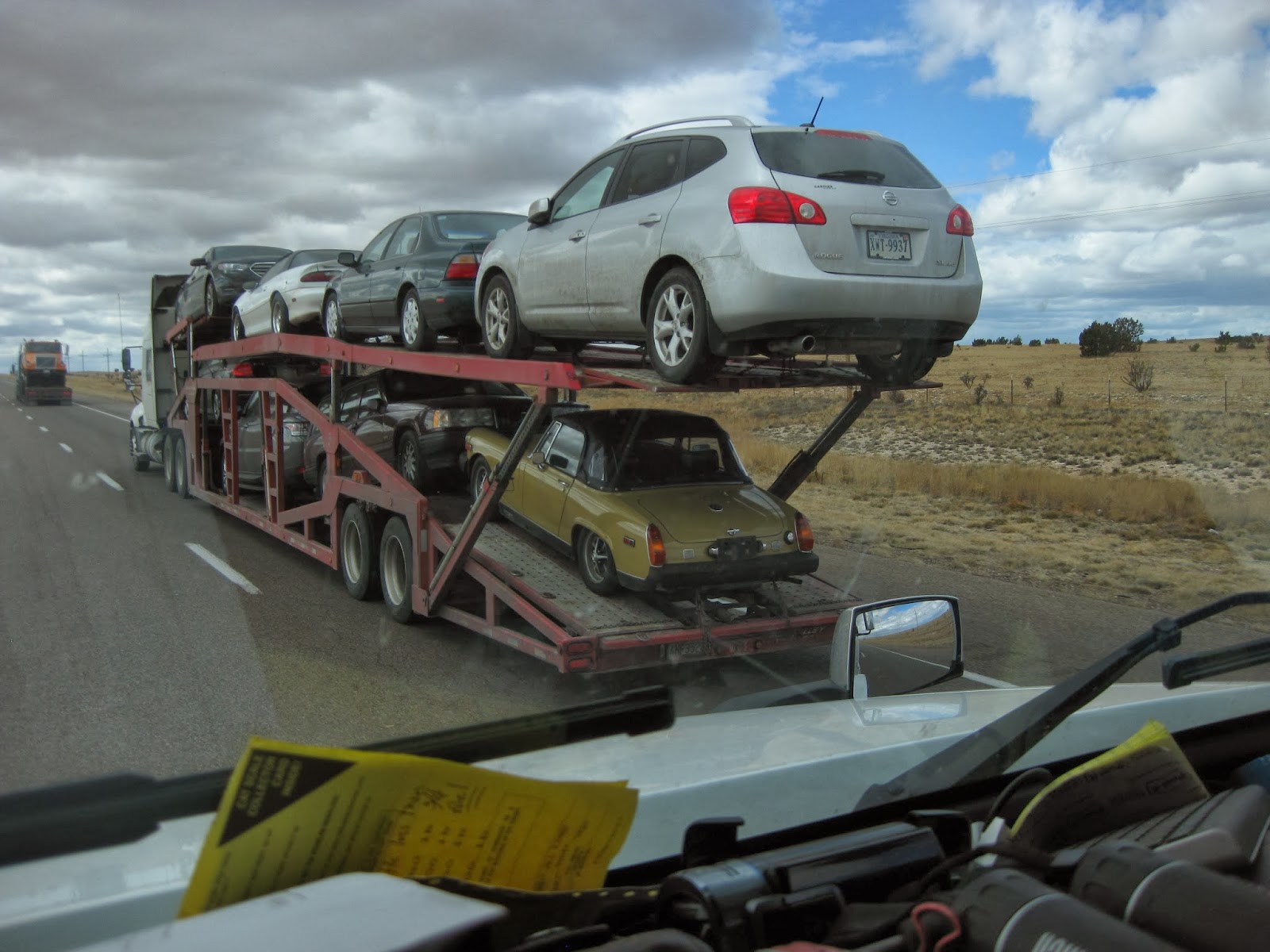 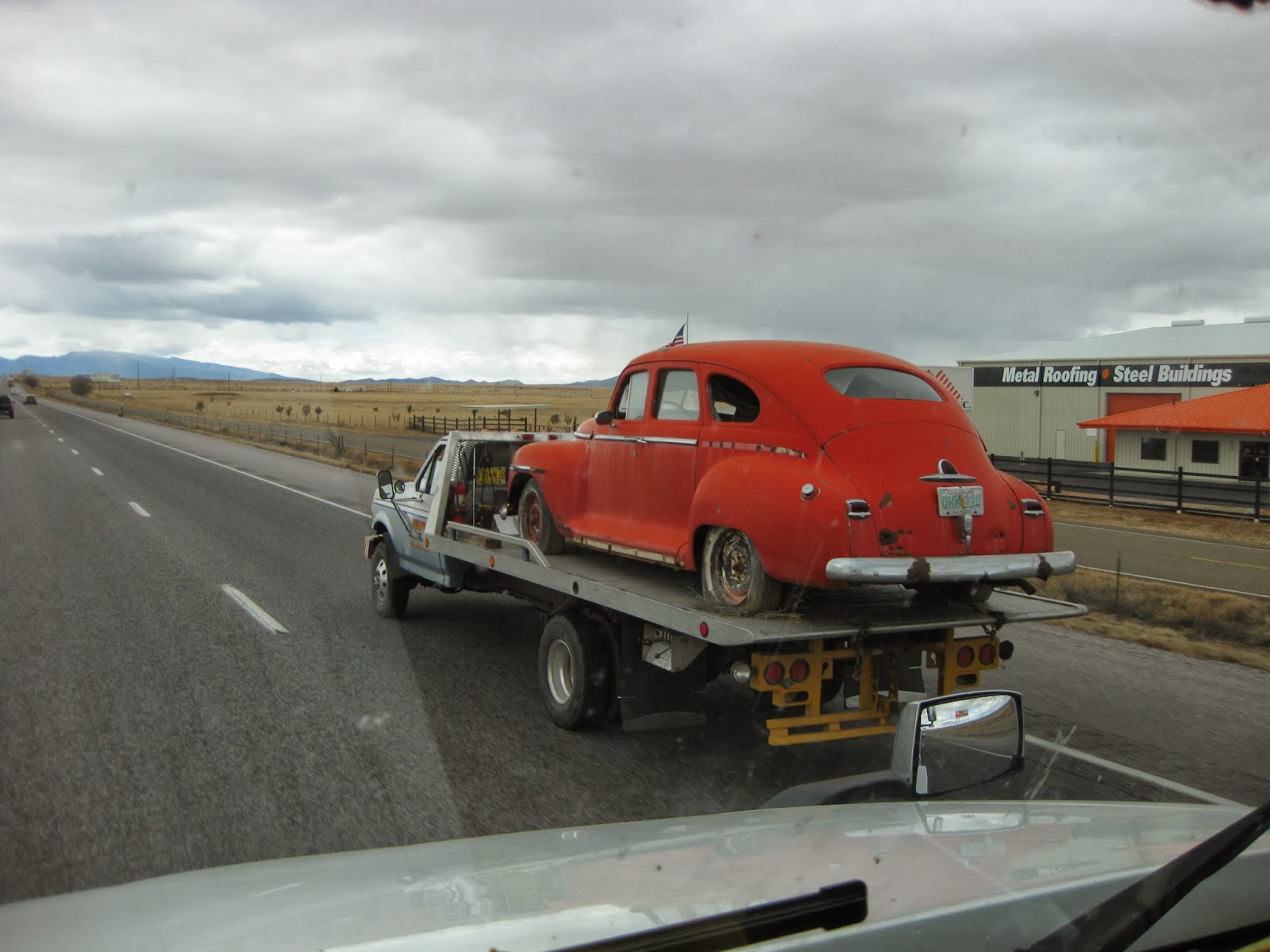 And 2 loads back, coming back out from CO it was NASCAR Hauler day!!!  They were headed for Las Vegas for the race and I saw a bunch of them rolling that way...both cup car and NationWide car haulers....eat your heart out, Brad!!  Hehehe!!! And the number of semi loads that it takes for the broadcast of the race is unreal...I stopped counting at around 9......mercy!!!! 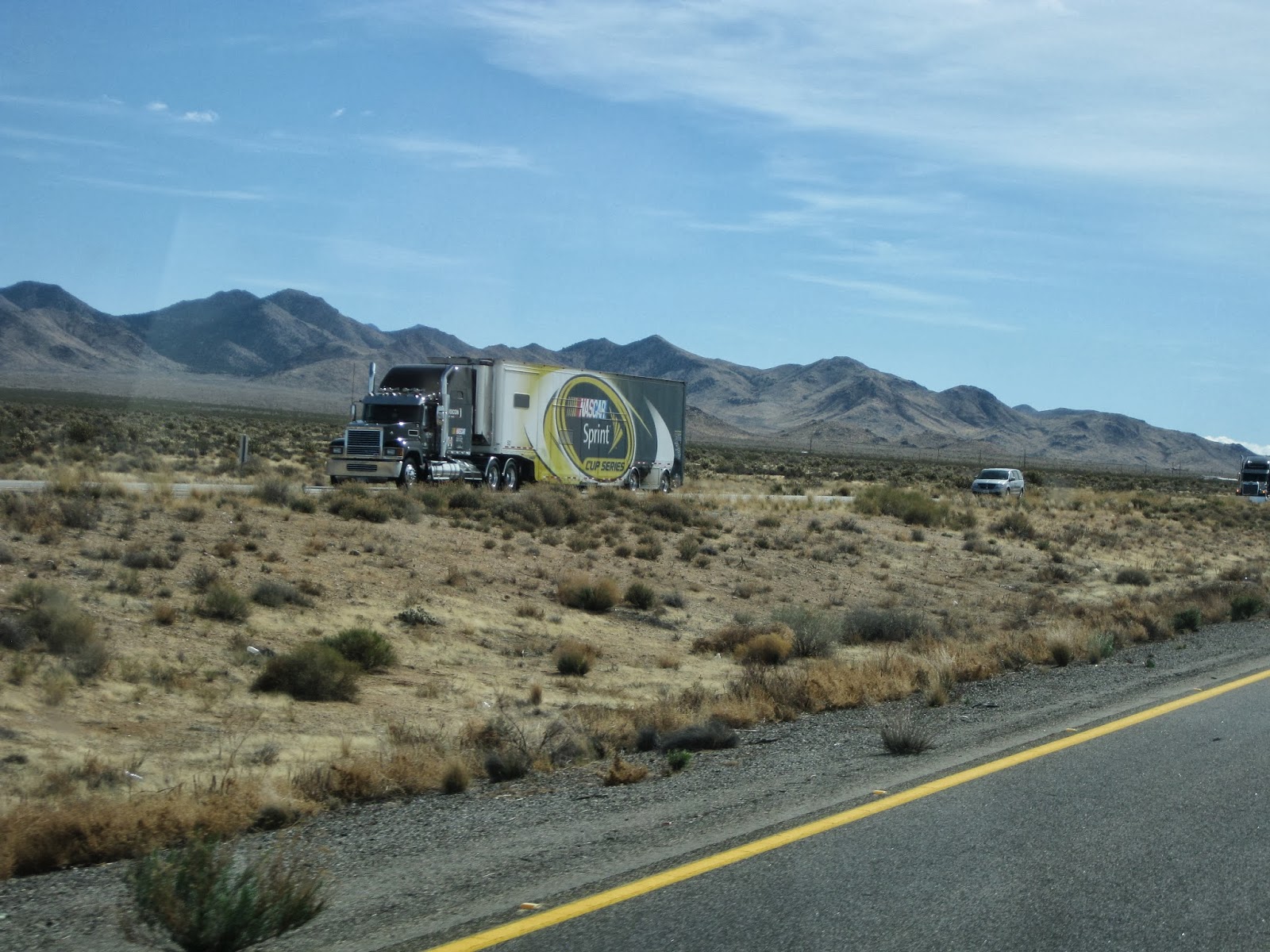 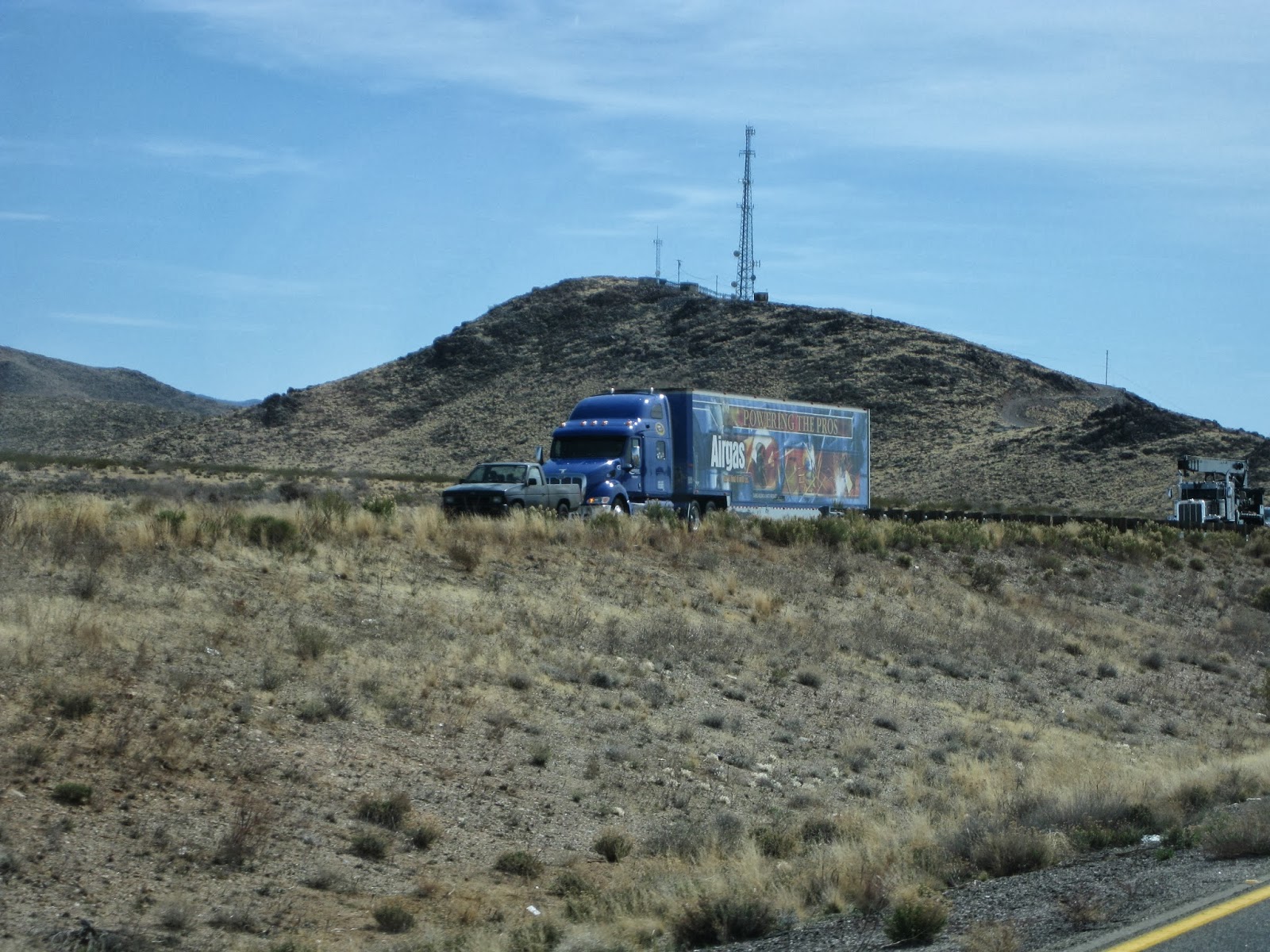 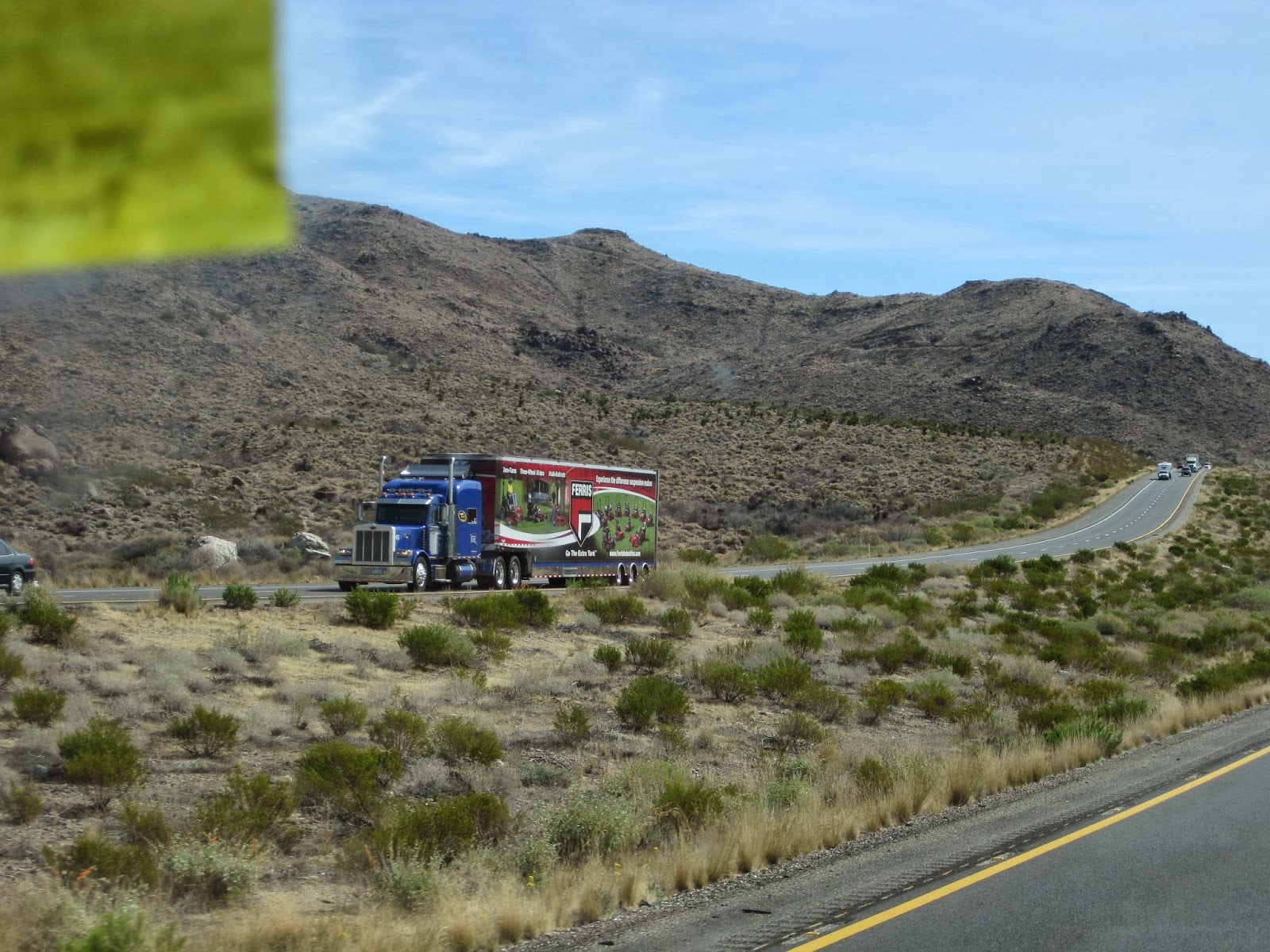 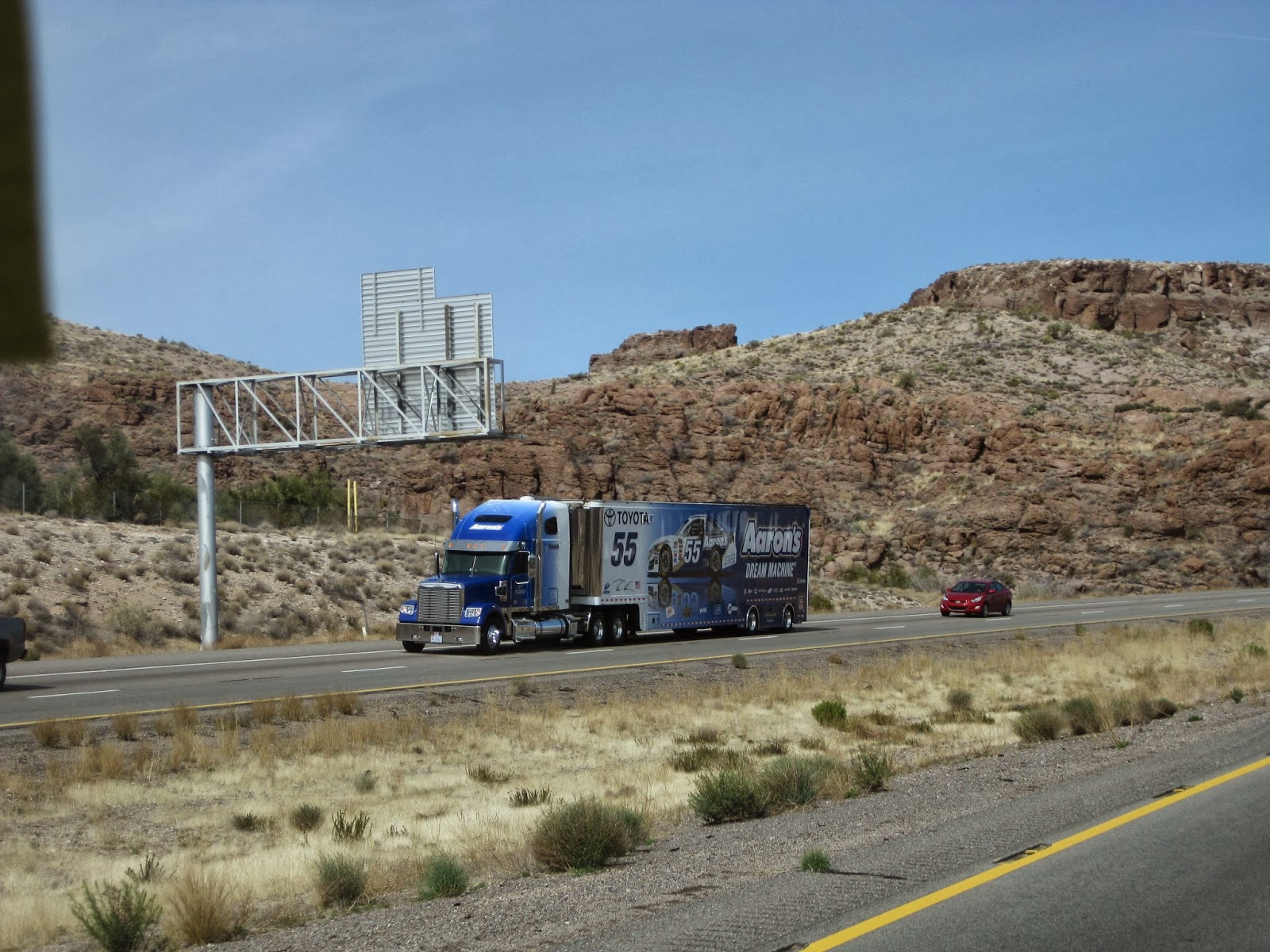 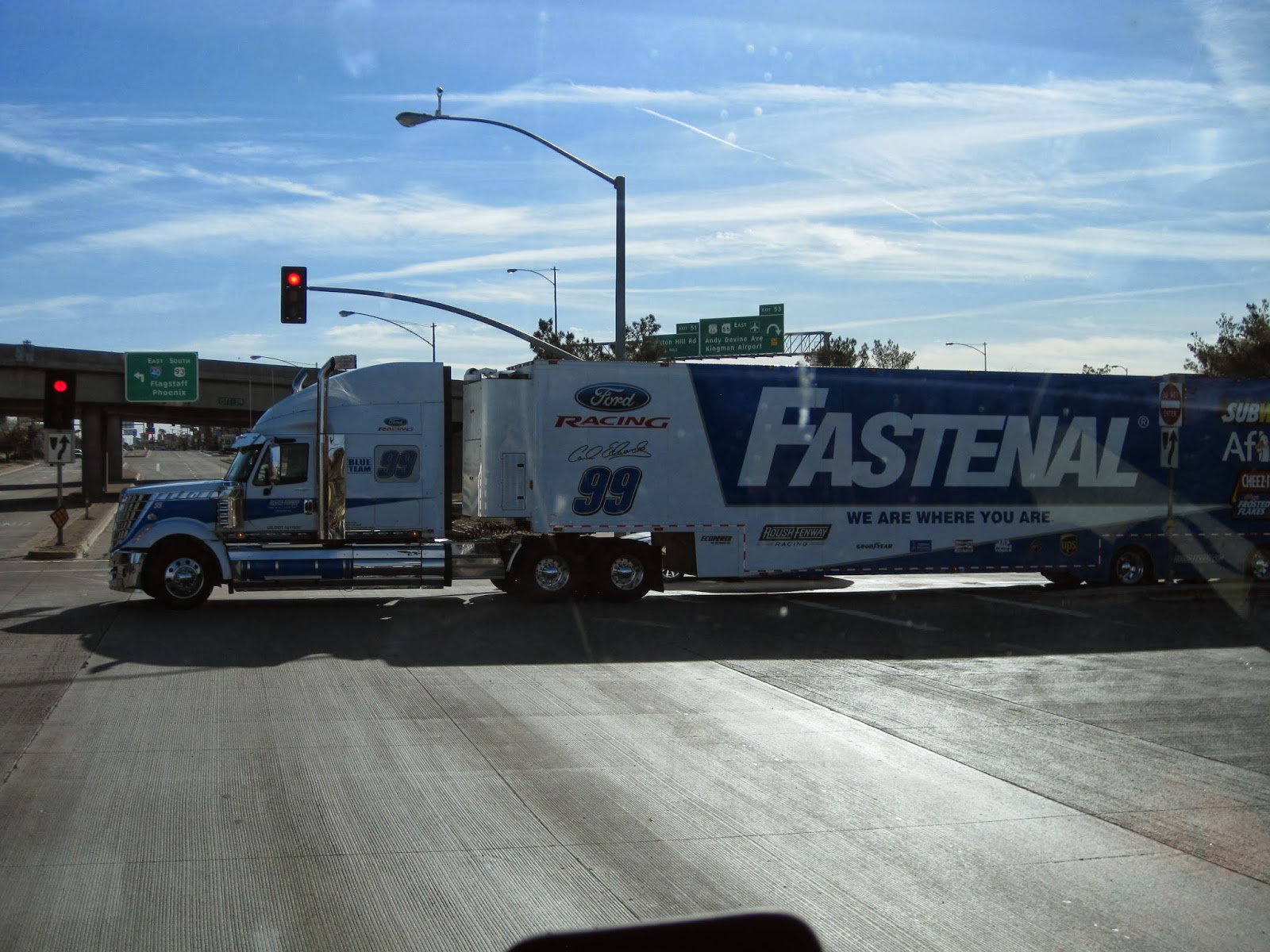 Well, it is time to go wash some clothes, stretch a bit, take Abbie out and do some fetch (her that is....I just throw and fight to get it back!!).  Then time to watch another movie or two and this afternoon I am making another pot of stew!!! Really getting used to having hot "home cooked" meals here in the truck...practicing for retirement!!!!