The english language and life are perplexing!!! NOT!! :-)

"Obama revs up Dems as election year encroaches" ( http://bostonherald.com/news_opinion/us_politics/2014/03/obama_revs_up_dems_as_election_year_encroaches )  Now I realize that I have always rather lagged behind in the English department of life....probably just my way to rebel against certain aspects of my younger life (yes, I was young at one time! :-p)...but since when can a non-living or non-emotional "thing" encroach on anything?!?!  Either I am slipping or the finer nicities of the english language have escaped me...and the article didn't make much sense either! Of course, it did come from the Boston Herald which might be the answer to all of this!!  LOL

Anyway, good morning! It is almost 8am CST and I am in Gallup, NM, spent the night in the Home Depot parking lot so I could have some good wifi. I have to give my drop a call this morning and let them know that I won't be there until Monday morning after all...the wind was hellish yesterday and it is still rocking my little apartment on wheels! But, soon as I finish this and eat some breakfast and go get some fuel, I will be headed on down the road to get away from the rain and Winter Storm Warnings that are all over this area. Time to get back to sun and shorts weather! 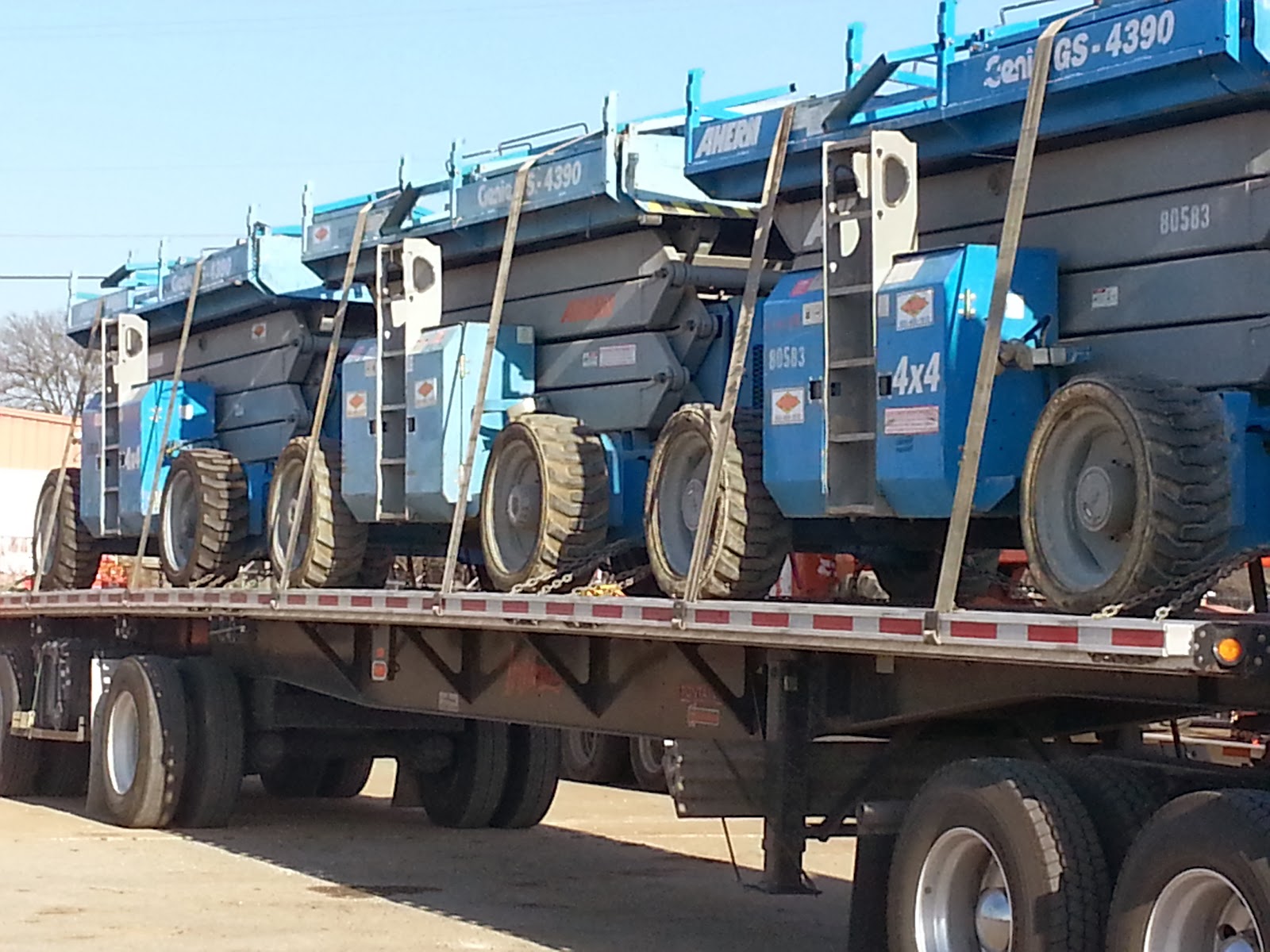 This is an interesting load. Picked up 2 lifts in Irving, Tx, then drove down to Waco, Tx for the 3rd one. It is basically an interoffice transfer to the Las Vegas, NV office!  Las Vegas is the corporate office for Aherns Rental Company and they are out of these lifts.

You can't really tell but the horizon is only about a mile out in this picture. I was trying to get a decent shot of the dust on the way thru the Panhandle of Tx, but it just wouldn't cooperate! But it was another very windy day. In fact, my fuel milage is pathetic again....I am about to just run along the coast and stay south if this keeps up for many more loads! 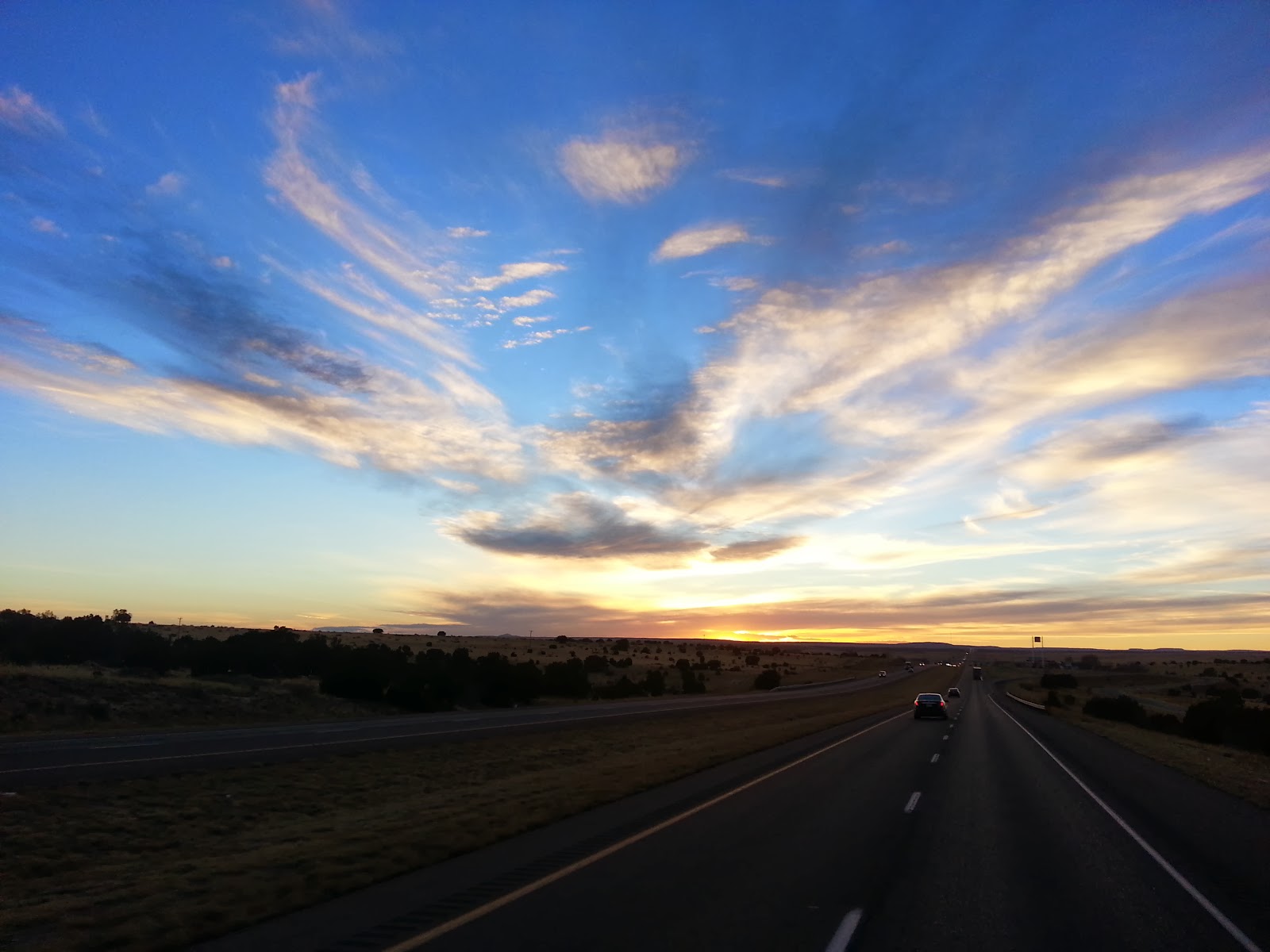 BUT....the sunset was fabulous once again!  I got several shots, but this one looked the best. I have to admit that the sunsets in the west are probably some of the most scenic that there are in the states. 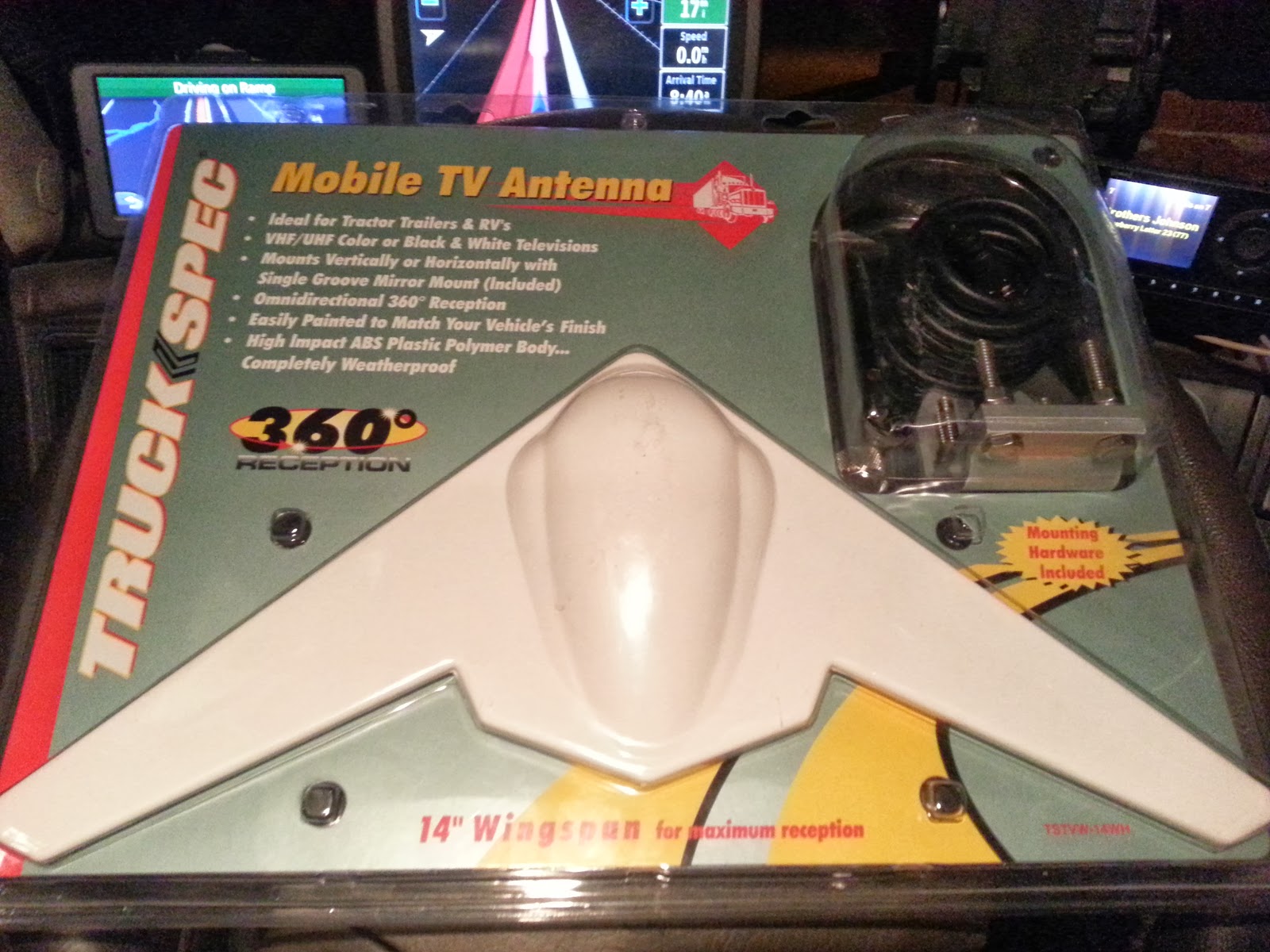 And I stopped at a Pilot last night to get some DEF fluid ( I hadn't paid attention to the gauge and my little warning light came on with the warning that if I didn't get some REAL soon my enging would be degraded and I would not be a happy camper), so stopped to get $20 worth....and found this antenna for TV....and I had been looking for this antenna for over a year!  Then when I got stopped last night to look at it and decide where I was going to mount it I realized that it is missing the adaptor that goes from the antenna to the coax!!!!...and I think it had already been sold one time!@@!@! I Hate Pilot!  So I shall run 9 miles back this morning and either swap it out or get my monies back....but it really TICKS ME OFF!!!!!!

http://www.usatoday.com/story/news/world/2014/03/01/crimean-putin-russia-ukraine/5922731/   And why do we get all upset about the European turmoil when they have been tribal for eons (just like the Arabs)???  Why not just let them fight it out amongst themselves and it would simplify things...there would end up with one top dog eventually, their monies would be pretty well useless....and it would probably do a lot towards cleaning up their gene pool for a slightly better individual to emerge!!!

Well that sets me up for a good day of driving.....heheheheh!  I shall now get dressed and start my day out with my morning handful of capsules and pills and ASEA!  And it is about time for my 3rd first cup of coffee this morning!