If you might not be able to tell from the above picture.....I am back in Odessa, TX tonight!  And hiding behind my favorite Dollar Tree and next to Home Depot here.  Nice spot that is quiet, basically no traffic and free wifi (and it is usually pretty fast!)  It is 20 degrees and windy (as usual). The low tonight is supposed to be in mid teens, and cold tomorrow. 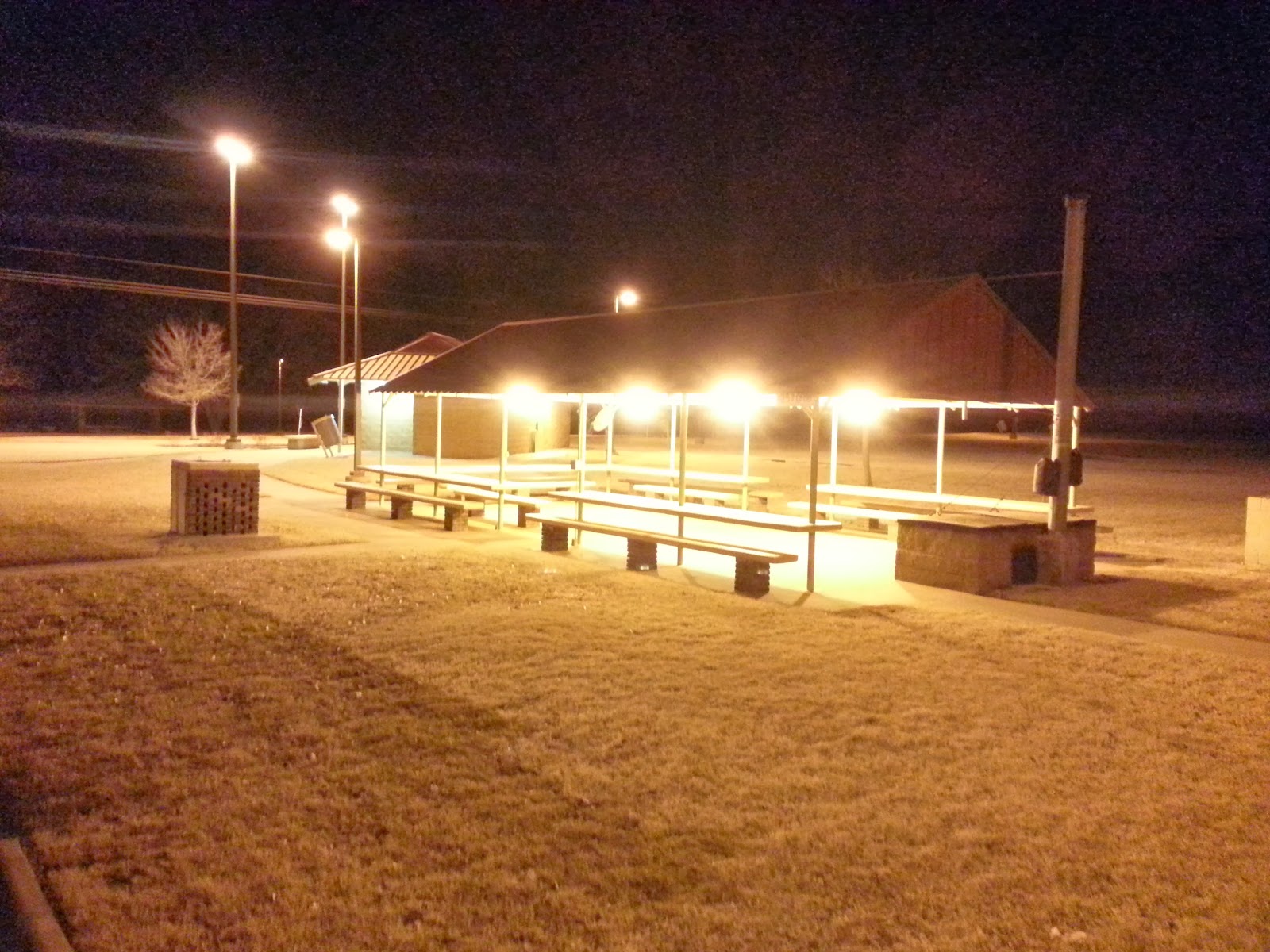 Last night I spent the night at a little county park about 25 miles south of Shamrock, TX.  It is a nice little park, even has an RV park attached to it, always clean, always quiet, and very limited parking...especially for trucks. I thought that only 1or2 trucks would fit...when I woke up this morning there were 5 more trucks there....scrunched in....but there. 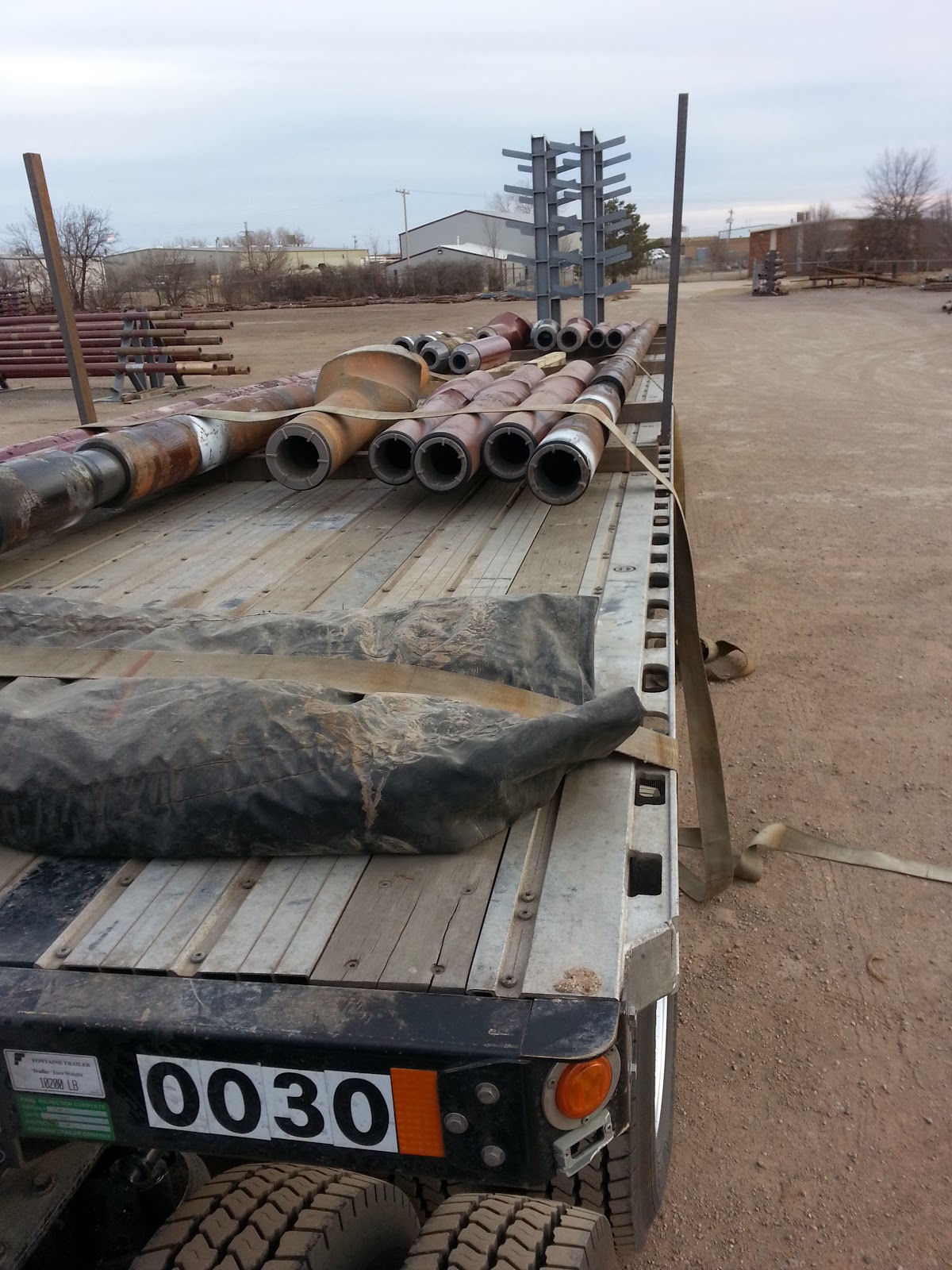 The load that I brought down to Odessa was a trailer full of well drilling gear that they use to "unplug" a well drilling operation that has hit a plug or blockage or something like that.  That little bit of stuff you see on the trailer is about 35+ thousand pounds of stuff! 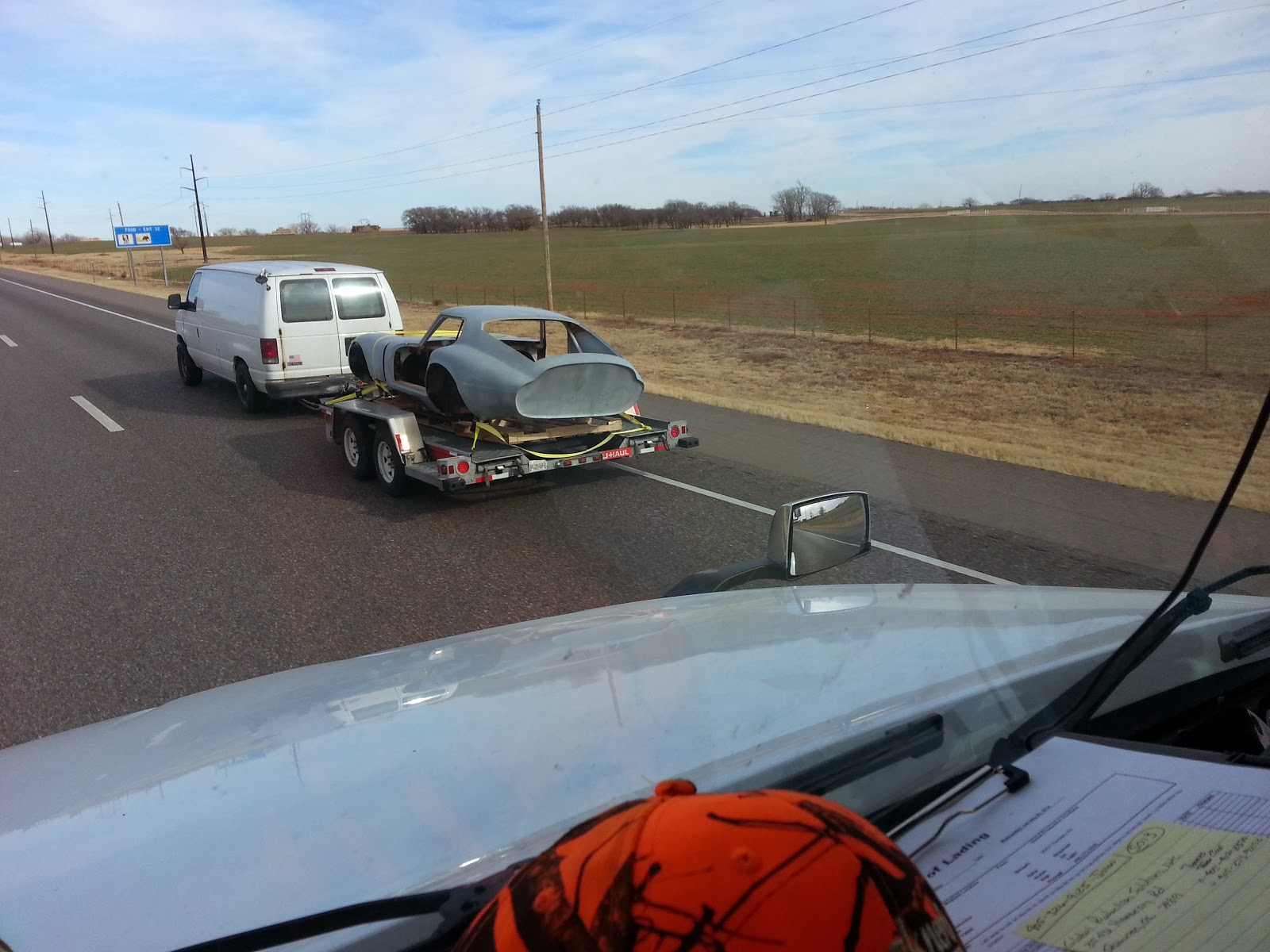 As I was traveling alont yesterday I stumbled upon this project car being taken home by someone.  If I'm not mistaken, it is the body of a Jag XK-E, about a mid 60's model. He will have quite a bit of work to do to get this on the road again. 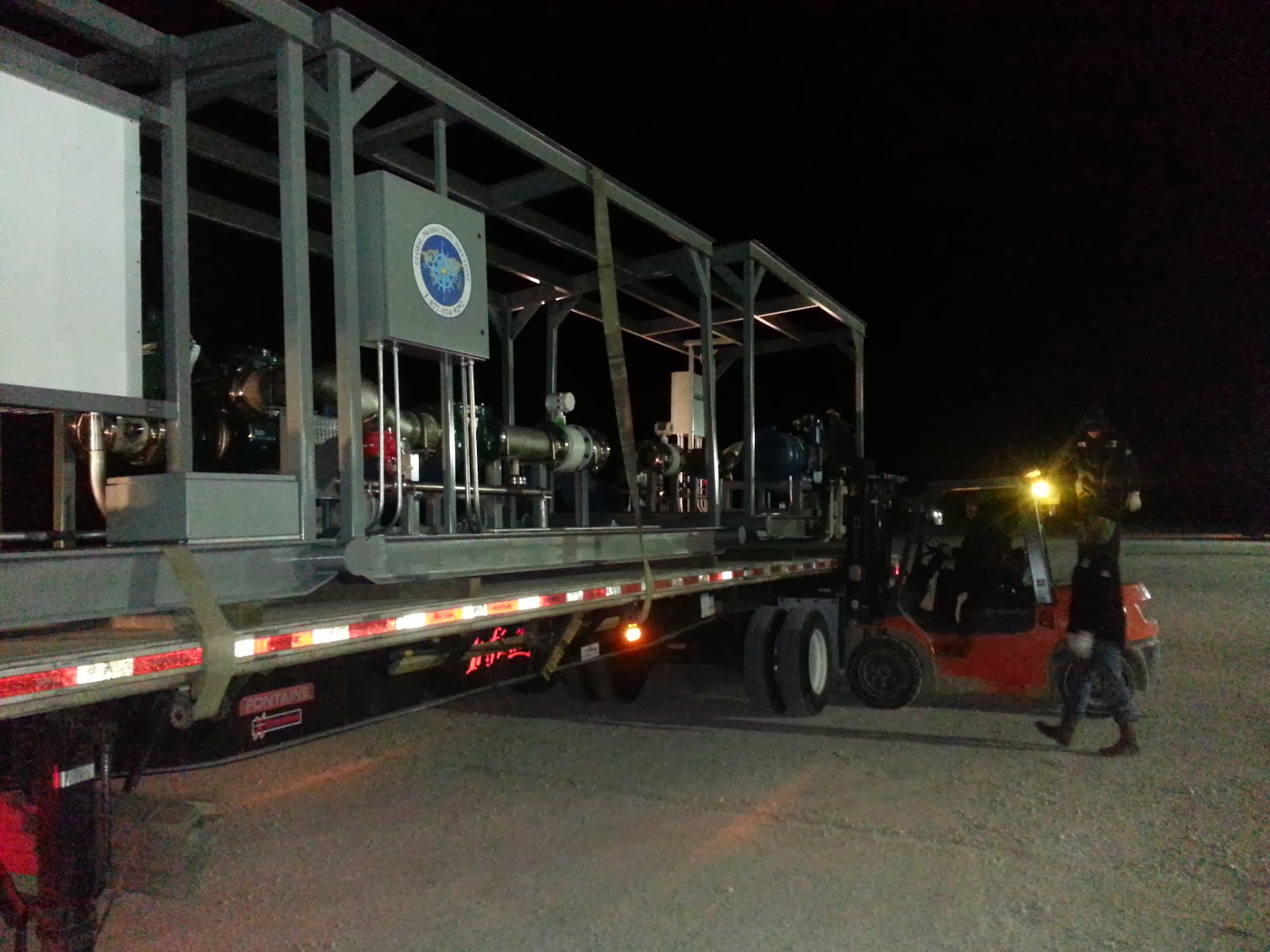 And to say that my day started early on Wednesday is a slight understatement (as far as I am concerned now-a-days!)  We started the loading process of the two pump assemplies and the power supply/control assembly at about 5:15am.  I just barely had a cup of coffee drank when they showed up to start loading. Their lifts were not large enough to pick up the things by themselves, so they had to get on each side of them and lift them and I had to back up under them. Very interesting in the dark.  It was an interesting day,

Tomorrow I load out for Rock Springs, WY with a load of drilling pipe that will be due up there on Monday. So I get to be under a load this weekend.  The load pays well and the really good news is that the weather forcast for that area during the next 7 days is clear to partly cloudy, cold but not lumpy white stuff or frozen stuff!!  It has been a while since I was up in that area, so I am looking forward to the drive, because it is a really pretty area.
Posted by The Frog at 1/23/2014 07:20:00 PM