Bertha's Not Leaking Any More!!! 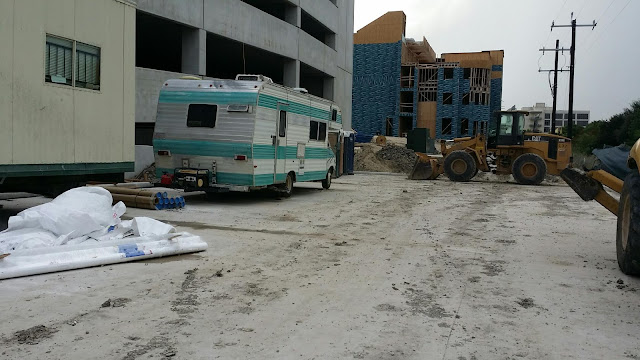 I basically spent the day yesterday at the transmission shop getting Bertha all "stopped up"! The other day when we thought that the pan and gasket was the issue, well, that turned out to not be the case!  She was leaking very badly 2 days later, and so Thursday morning we had a transmission doctor appointment again. This time they found the neutral safety switch broken and leaking, had to put a new shifter selector seal in, and a connector for the top cooling line had to be replaced. I got to the shop at 0630....and left the shop at 3PM. Needless to say, not a very restful day!  But we are all fixed up! 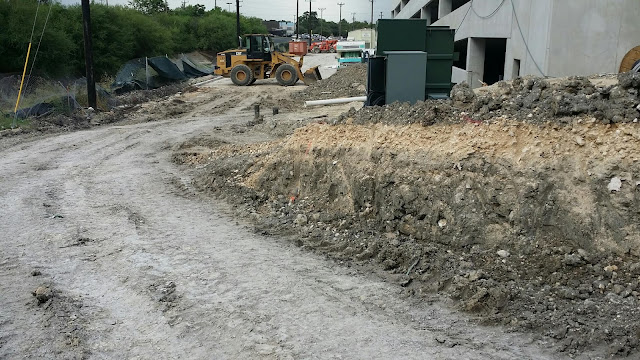 Dropped by HEB to get a couple of things, a little extra water to keep me full...because there is a possibility that I will get stuck in here for a few days. They are trying to get another part of the road formed up and rebarred and if they succeed....well....I basically won't have any way out of here for several days!  LOL  So I have enough food, water, clean clothes and dvd's to last me at least 7-10 days!  Heheheh 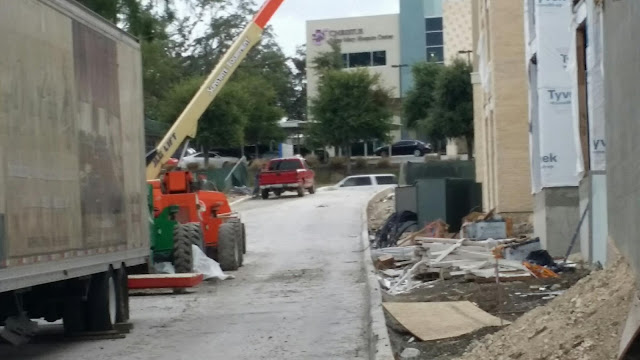 Had a little bit more rain today. Actually, had a pretty good amount earlier, and a little sprinkle this afternoon. So it should be good and muggy tomorrow!

As I said before, YEA for getting my XM up and running. Listening to NCAA football and Nationwide Series Racing at Richmond. Starting to listen more and more to my XM again.

About time to make another round and let Abbie run off some more of her energy. Have a good night and more to come in a day or so.