It has been an interesting week and this will be a LONG post!!  LOL  I didn't take too many pics with phone, several with little camera, so will be uploading them later. But this week's weather has gone from clear and sunny to tornado sirens going off while I loaded!!!  Very interesting week! 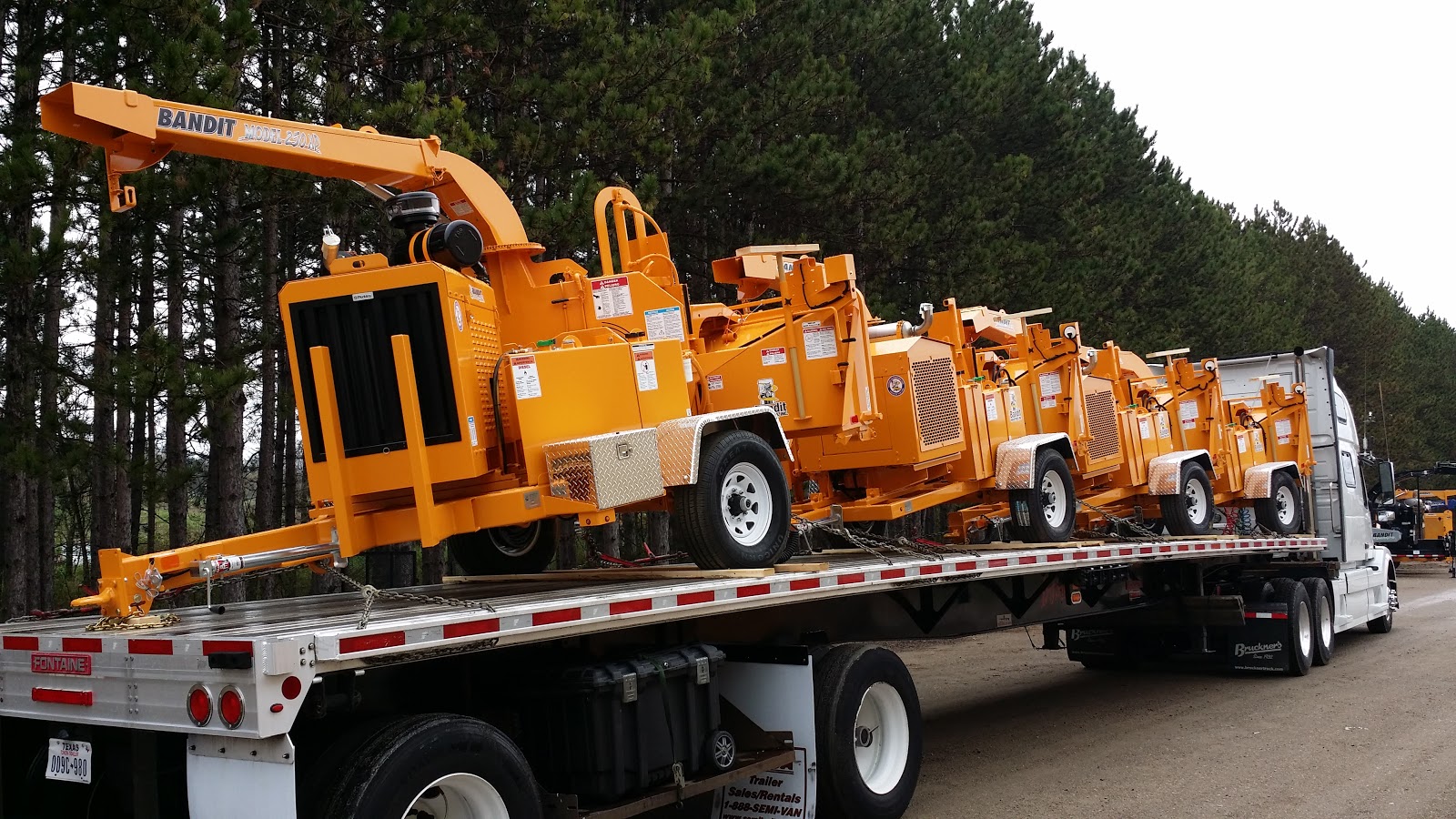 The load that got me to OH from MI was a load of "Bandit Mfg" chippers...they are a really neat company....their range of chippers and stump removers range from the size of a bobcat to.... 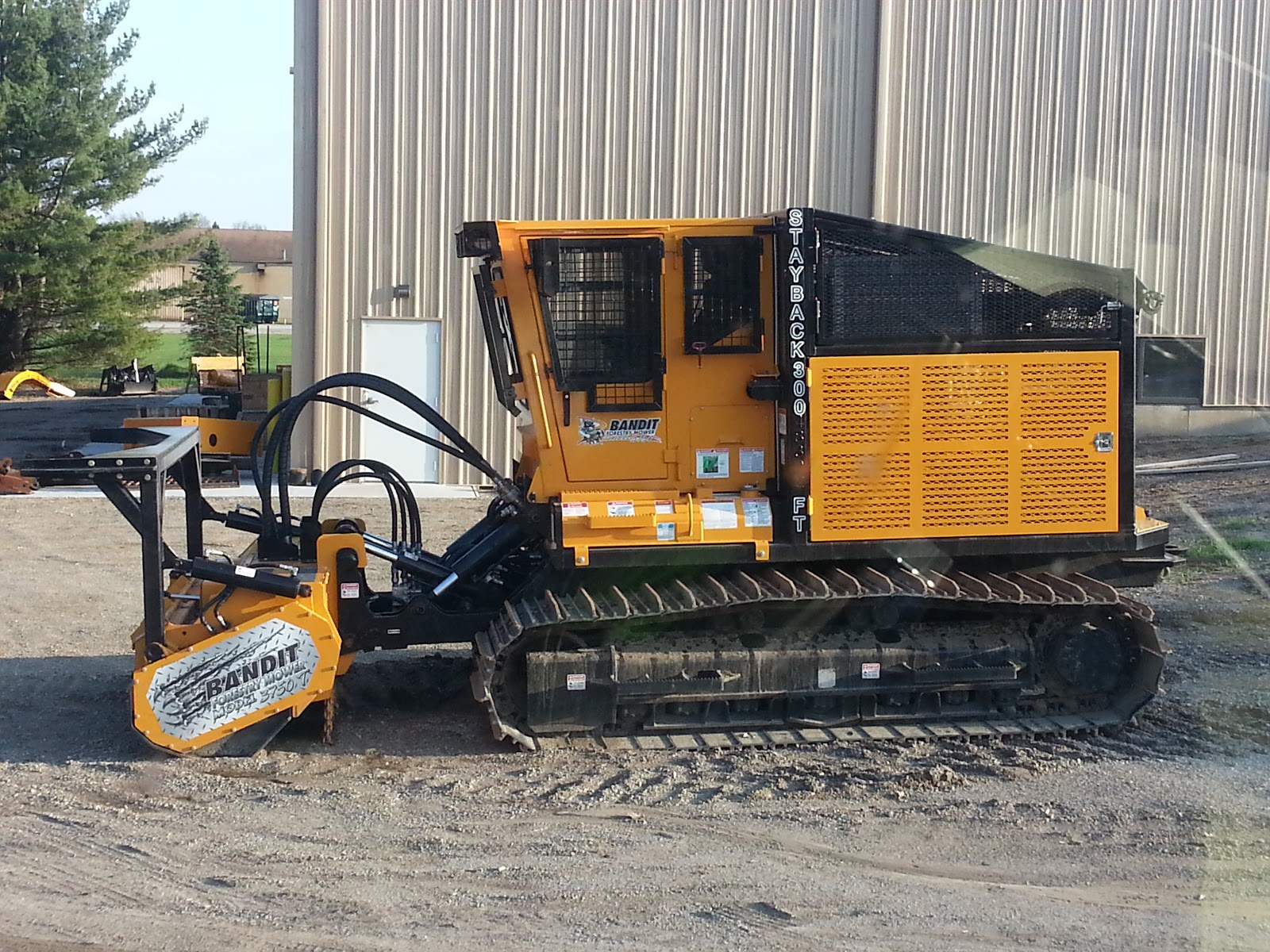 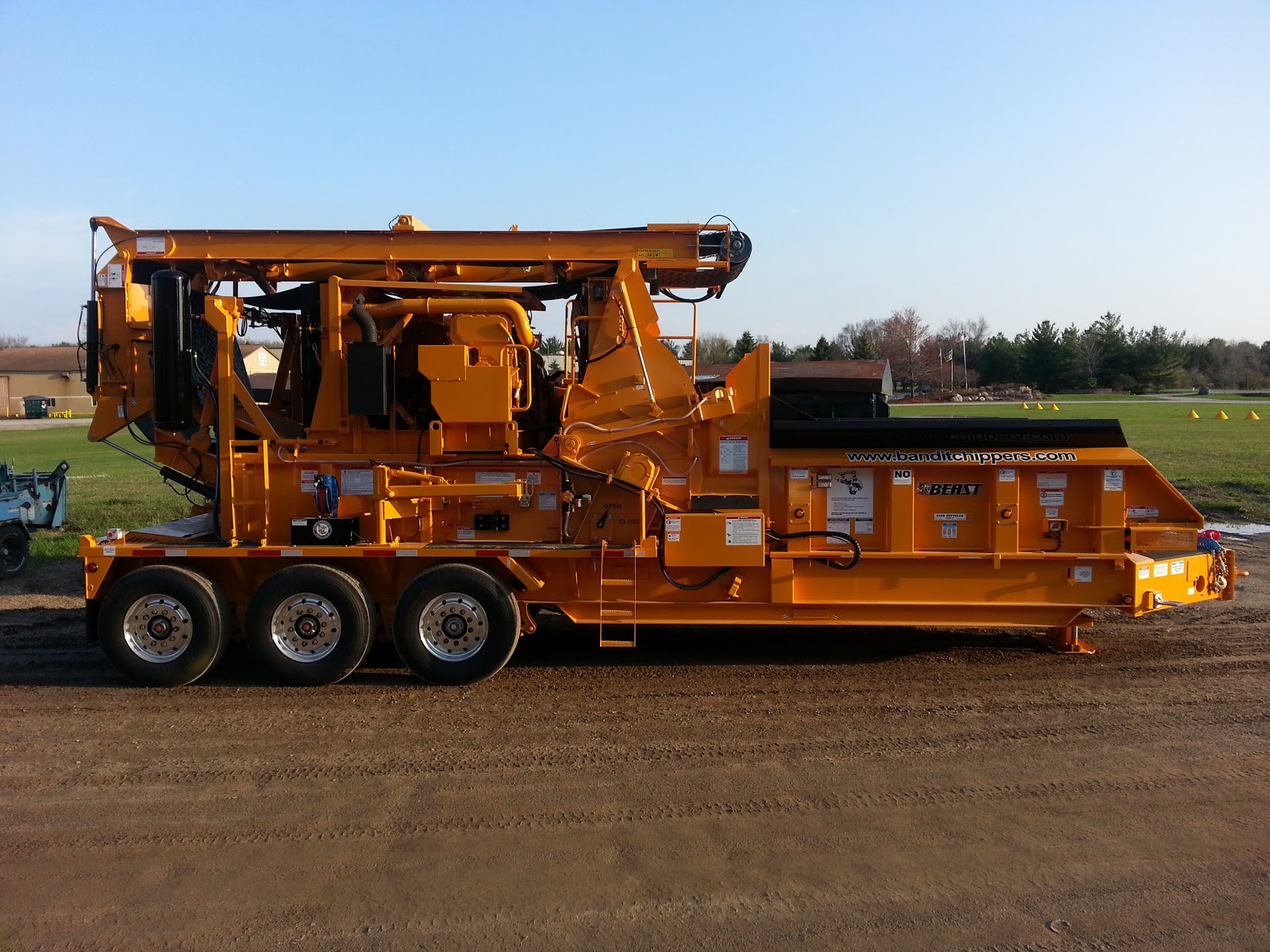 The Beast is the size of a small bus...and from the looks of it you can put a small house into it!!  Well, that might be a bit of an exaggeration....but it can take up to an 18-24 inch tree if I understood them correctly. It is a monster!!

The last load that got me back to TX was loaded out of Mt Sterling, OH....a load of fencing....and right in the middle of that major storm front... 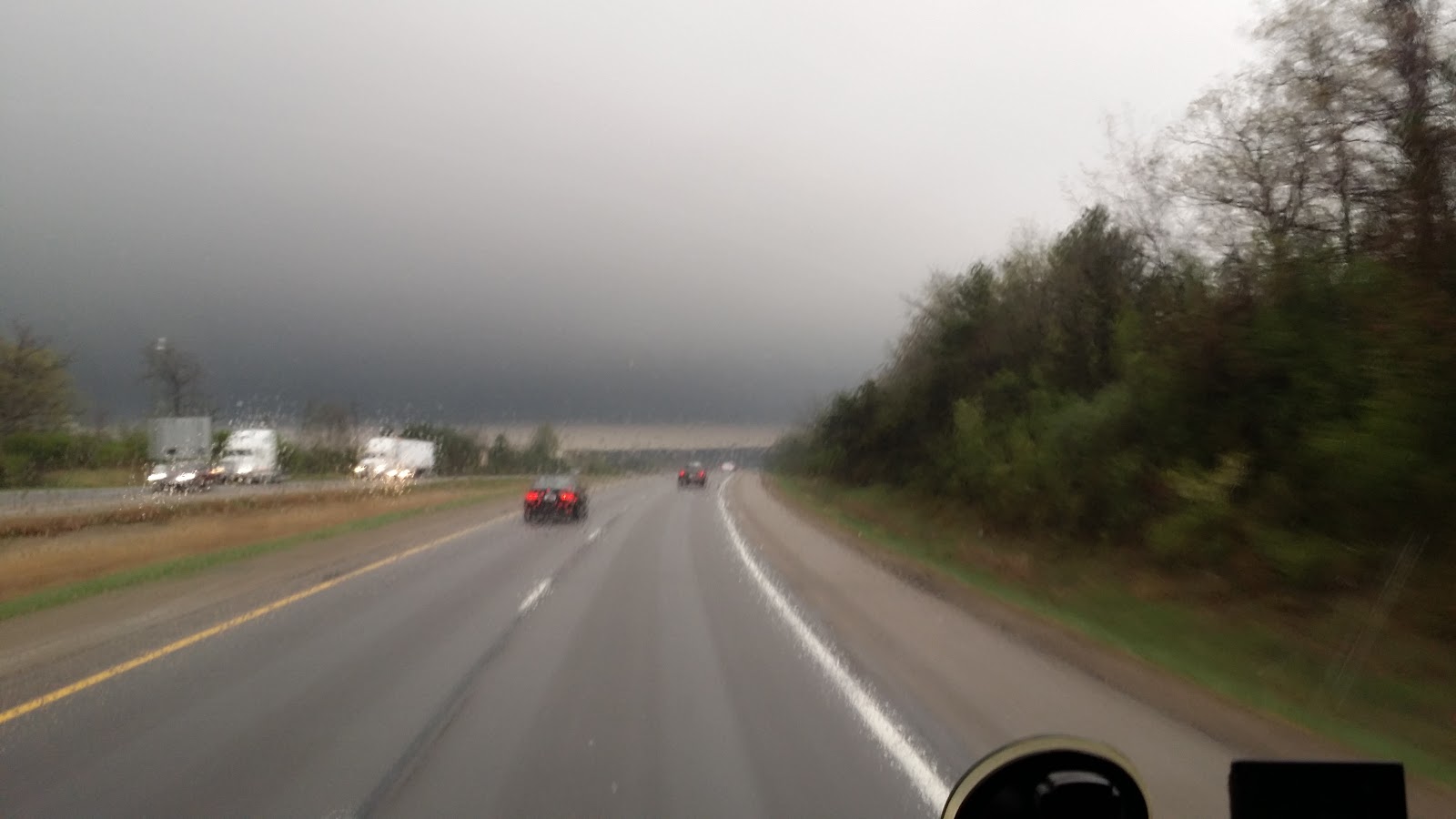 that went thru Ohio last Wed and Thur. I was actually loading about 25 miles from where that tornado touch down and the lightening was just awesome!

The run out to TX was basically uneventful....except for the tension roller failure...that cost about 3 hours in time sitting in the shop. But it got there and installed and I got back on the road......

THEN.....about 20 miles east of Jackson, TN I ran into a parking lot on I-40W...there had been an accident (apparently the little blue vehicle that passed us doing about 90+mph had lost it and was on its top in the middle of the highway under an overpass....parts of the vehicle and supposedly parts of it's passengers were scattered over a large part of the highway and shoulder and median. That said, there was at least one fatality, which means that you can't move anything until the coroner gets there....so we set out brakes, got out of the vehicles and stood the median looking, visiting, getting to know our new/temporary neighbors....and spend a relaxing 2+ hours there!

Made it to TX by 2pm Friday for my drop. Then fought my way over to NRH to stay at Cary & Tif's for weekend.  Cary and I had supper at Frijoles last night...& we did the manly thing when alone with out female direction....we ordered dinner the appetizer menu!!!!  I guess it is hard to beat old habits....or maybe we are both trained very well!!!!  LOL  But it was good!!  ;-)

Woke up this morning, went out back and was introduced to the slow start of "in town miniature farm"!! 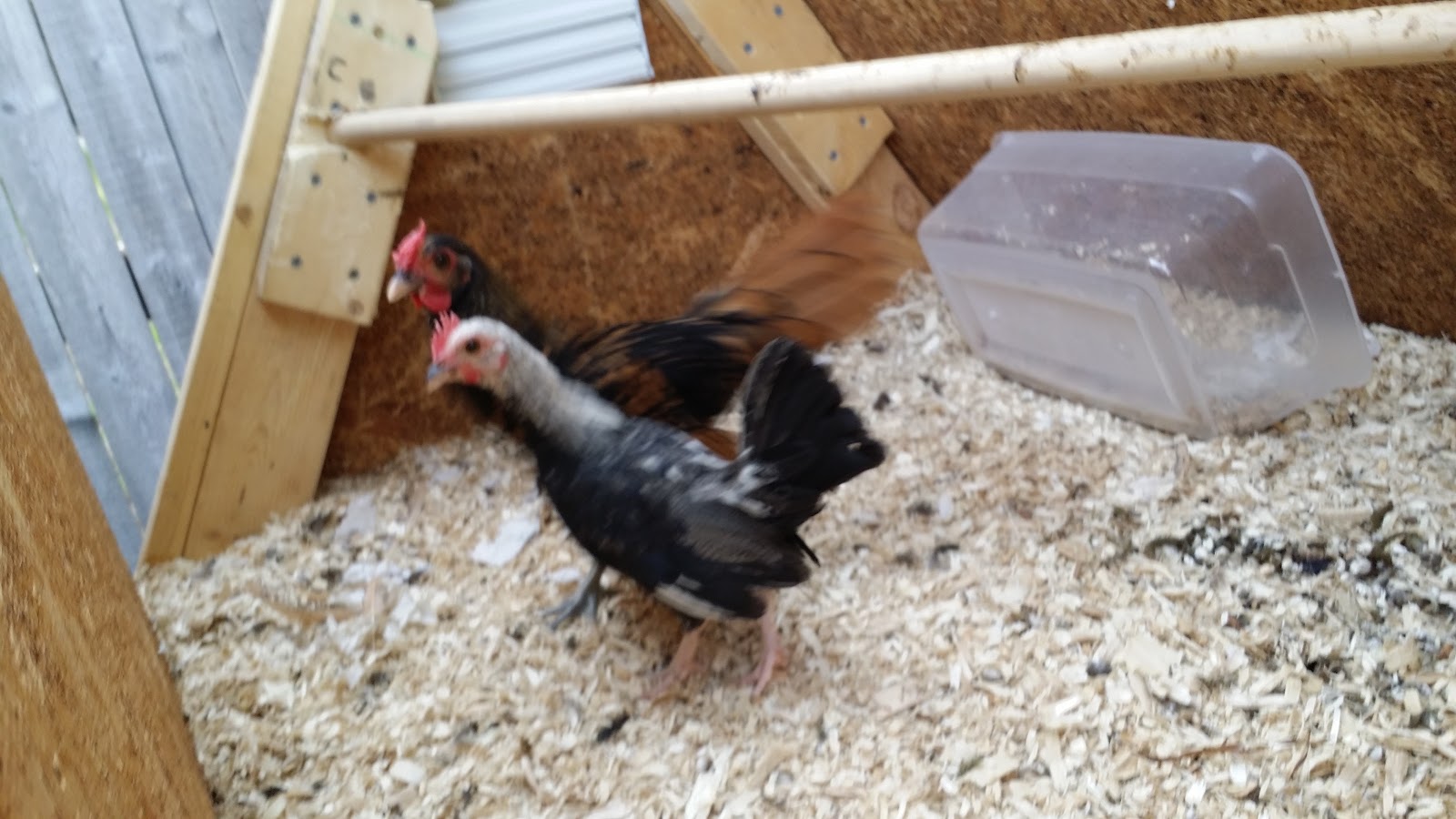 I'll add more later when I get a chance before leaving tomorrow evening. Next stop on this adventure is Boyd, TX to load up some more of those revolving auto displays and taking them to Commerce City, CA (I think that's where they're going!  LOL  ).
Posted by The Frog at 5/17/2014 01:49:00 PM