I have made it to Belen for the weekend, seeing as I don't deliver in Albuquerque until Tuesday morning. Thanks to the holiday weekend. But it will be a nice break, in a part of the country that I just love!  Even if I it is raining on and off all weekend! In fact, they are calling for rain & thunderstorms for the next 5 days here!  But it is a welcome thing to have rain.....seeing as they have been in severe drought for the past 5 years basically! 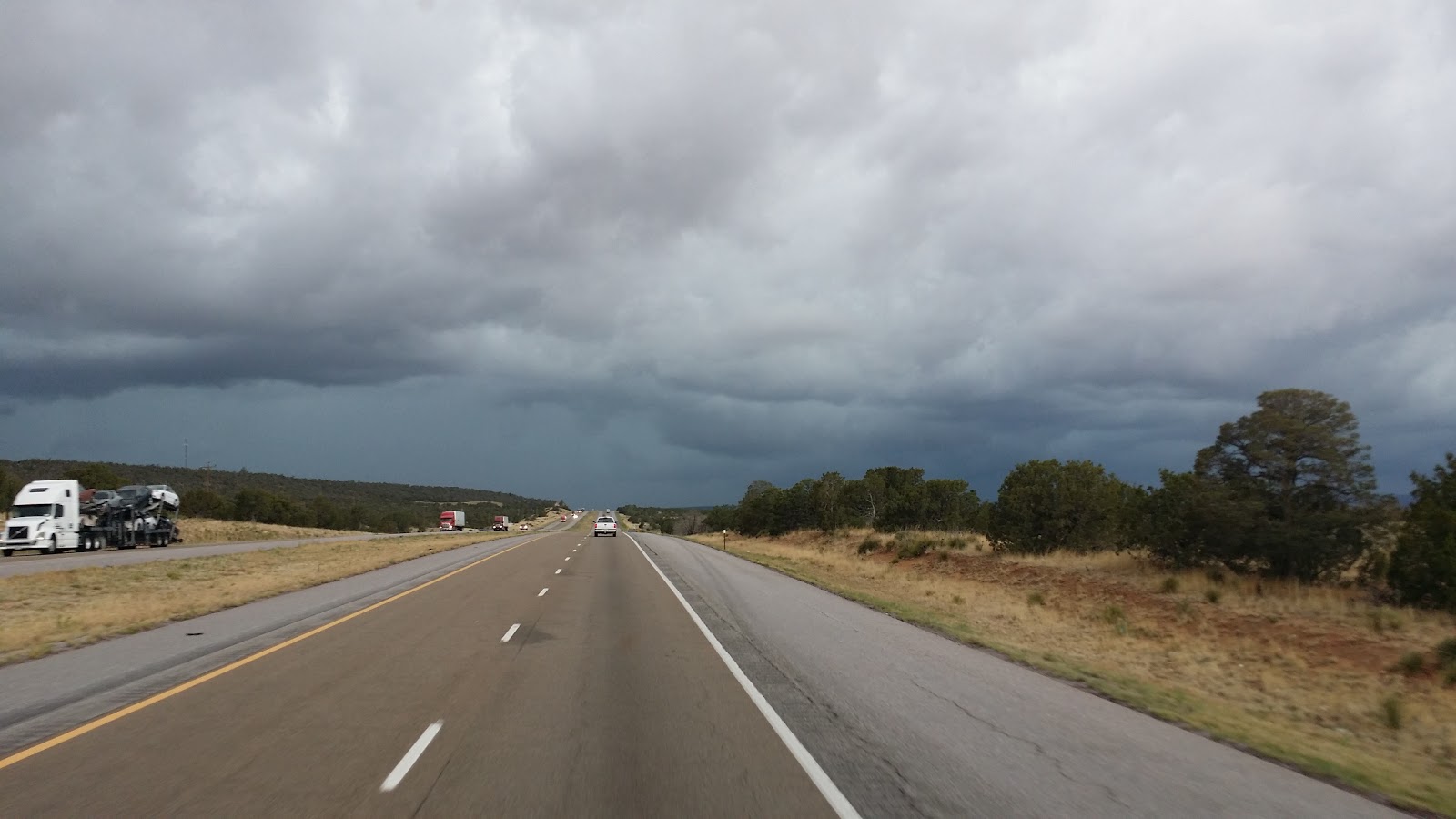 I started the day south of Amarillo, delivered there at 9am, then headed this way. And it was raining from the time I started until I got to Santa Rosa, NM....it was a heavy soaking rain, which was great, but then the thunderstorms started rolling in as it "warmed" up a little. It got bad enough that I pulled off and parked twice. But then out came the NM sun and blue skies!  It was really nice. The winds were not too bad today, which was a nice change. 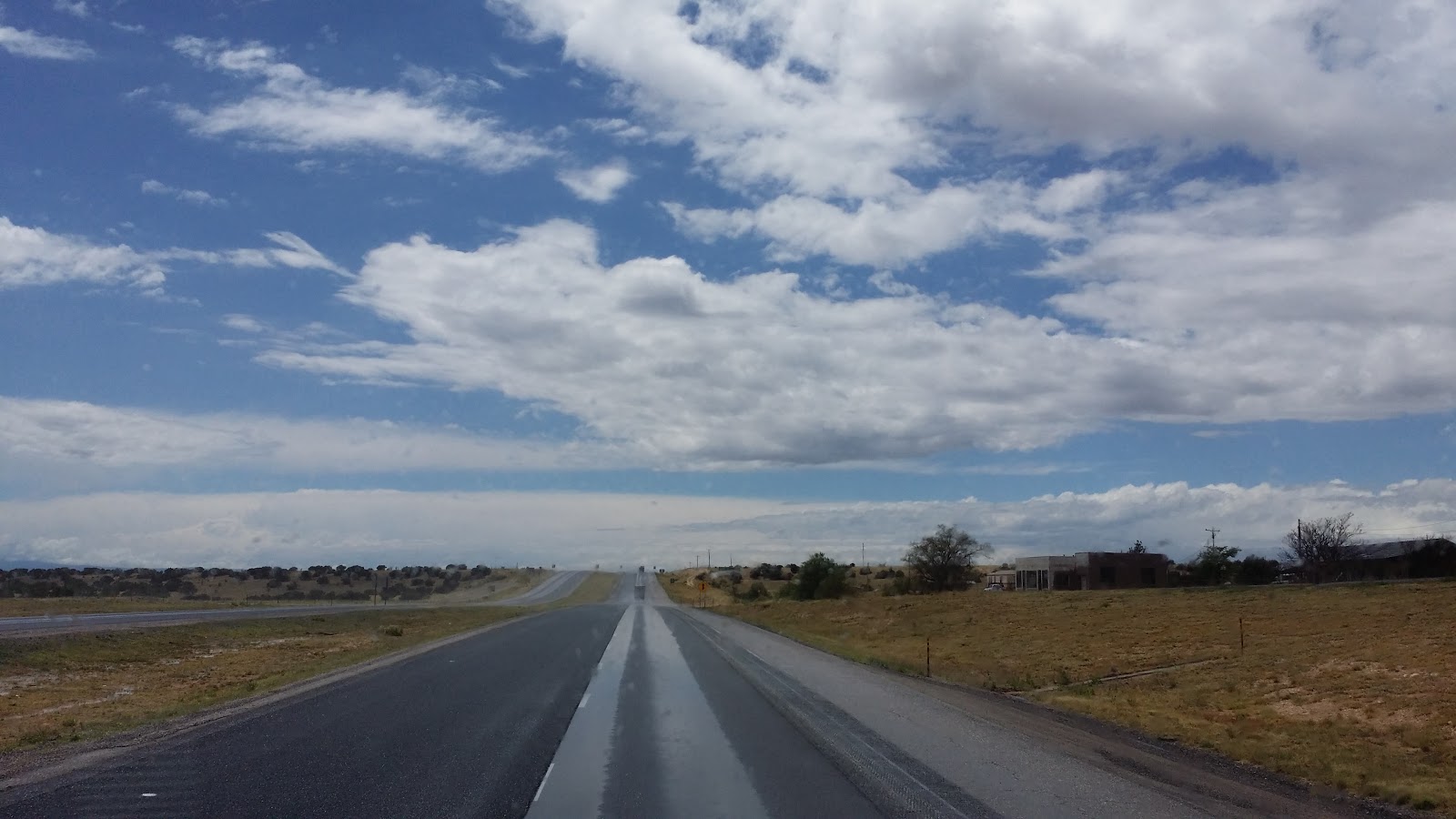 Made it to Allene's about the time she got done with her last student for the day....so it was supper time!  And Chinese it was!  The little buffet that we go to is in Los Lunas and it is very good!  As usual, I pretty well just filled up with "protein" items!  LOL  And as usual, probably ate a little too much protein!  But boy is it good! Then we just went back to the house and had a nice nite-cap, sat and looked up at the stars out here....and there are so many of them....which is one of the things that I love about out here. You can really see stars here, especially when you get away from a lot of the light pollution.  After all the rain, the air doesn't have dust in it and the sky is just full of stars!  Wanted to see some of the meteor shower from that new asteroid, but so far I have not seen any.  Too bad!
Tomorrow is a full day for Allene....she plays for the morning services, then has a meeting that she does early afternoon, and then another something later in the day, so it is a busy day for her. So I will lay low and work on the truck, clean it up, do a little shopping at WallyWorld here and just relax.  Monday we are going to go and do something....have no idea what we shall do, but there is enough around here to be able to find something. We might just do a picnic on the Rio Grande!  Never can tell.  Maybe take in a movie early. And a good steak dinner sounds good to round off the day!  :-D
Posted by The Frog at 5/25/2014 11:41:00 AM