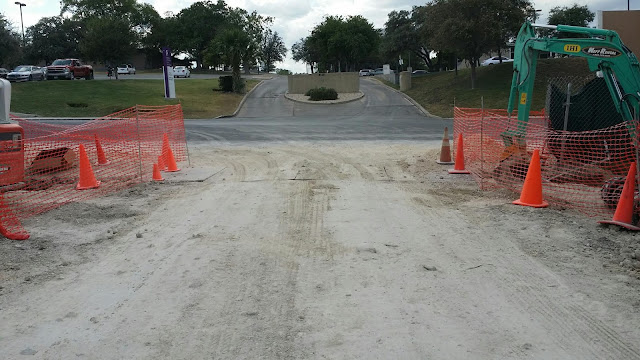 It has been a very quiet weekend here. And I mean quiet!  I have gotten a bunch of sleep (being able to be cool during the day makes a lot of difference) and I've been parked at the site for most of it so far. I put off doing laundry until in the morning. After that have to get a couple of things from grocery store, and then park for the rest of the day! 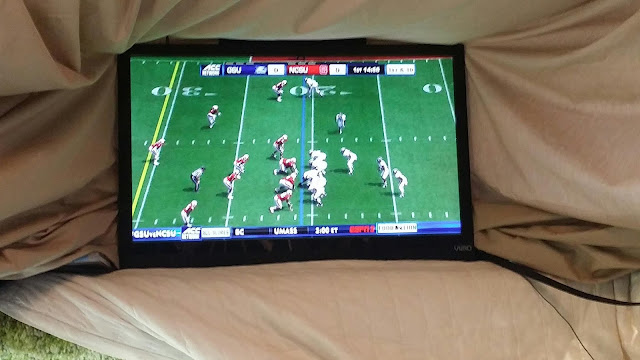 AND....college football hit it full stride this weekend and I spent yesterday watching it from 11:30am thru to 10:30pm!  It was great!  My time of the year has finally come around again! And Thursday night the NFL season kicks off...so it just gets better!!  I missed the A&M game, but got to see the Tide and Noles games. Missed the Auburn game...but that won't happen again. I have gotten my XM up and running with the help of my little Grundig radio...it's not fancy, in fact, it is rather jury-rigged....but....whatever it takes to be able to get my games is what has to be done!!  :-)  Tonight I'm switching between NASCAR and the TN game. Life just keeps getting! 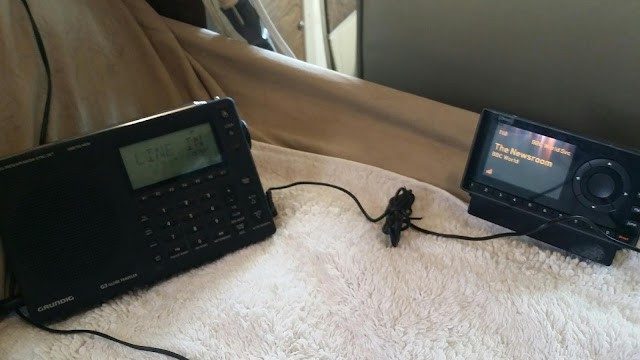 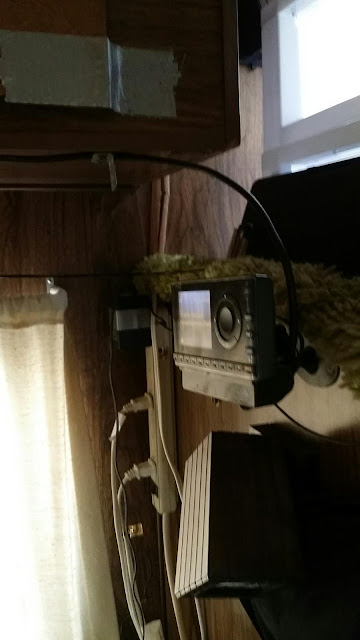 I got a few more things done in the house today. I finally sat down and got my toolbox sorted back out and straightened up. It actually looks like a toolbox now and I just might be able to find stuff! Re-arranged some of my drawers and other storage. Got the drawers that are over head in from screwed down so that I don't have to worry about chasing them around on bad roads. Tomorrow I have to rework my cabinet that holds my frig and microwave...after the almost tipping over escapade the other day, it doesn't go all the way up to the wall now...I do believe that there is a box of kleenex and maybe a few other things behind it, so will have to unpack it and move it out and see what treasures I come up with behind there! 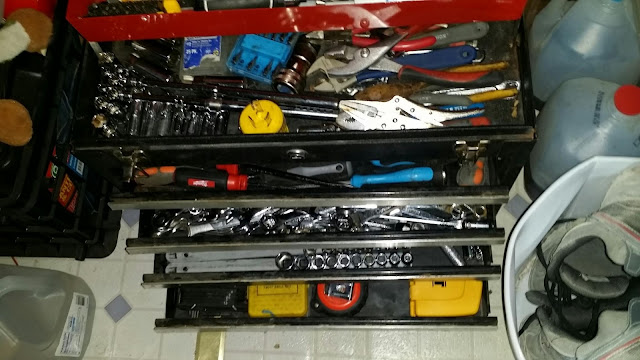 Abbie got to have a spa day this week...and boy did she need it! There was a streak of sun falling across her the other day and when I looked at her, she had enough dust on her that she looked like a four legged dust bunny!!  Now she is clean and I carry her to the area that is just dirt and kinda grass...she is not going to run around here in the dirt that has been pounded into talcum powder or thru the piles of busted opened bags of cement! No,no,no! So we play fetch and tug-a-war in the house now!

Another couple of weeks and hopefully the temps will start to cool off a little bit. It was "only" 98 here today, but the index made it feel like 101. And that is the forcast for the rest of this week coming up. I just can't wait for cooler weather to get here. Folks keep saying as you get older you'll like the heat better...well...I'm 60 now....and I just keep liking it less! I still prefer the cooler weather...in fact, I think I am liking the cold weather better each year!

That about does it for this installment, each day is a lot like the others here on this job. Hope everyone had a good Labor Day weekend and I'll post some more on here later this week.  Have a good week, everybody