March was a BUSY month! Starting with getting Long Garage ready for the Grand Opening! And it went very well. Had a pretty good turnout. Not sure just how many came, but I will say that we were steady with people for over 4 hours. Which was great! 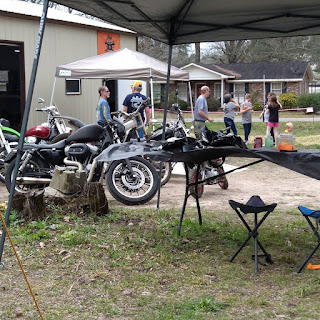 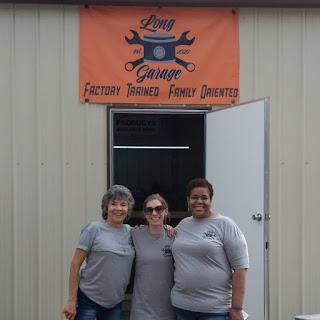 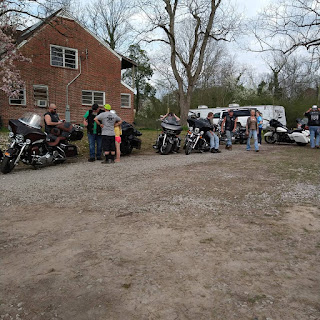 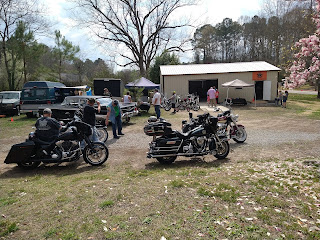 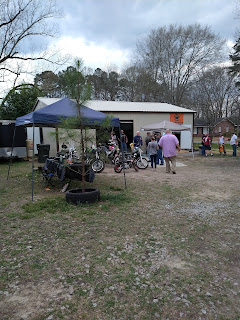 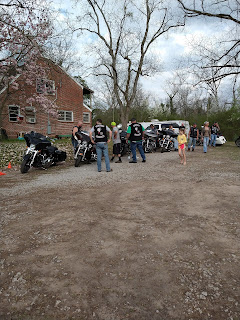 And there was also a live radio feed of the first two hours, which helped to bring in quite a few of the folks!

During the month I also worked on, or had work done, or....Cary did work on Lily! From having a rear deck/rack added..... 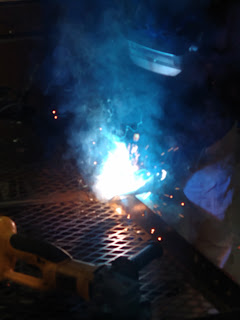 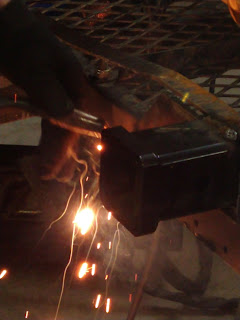 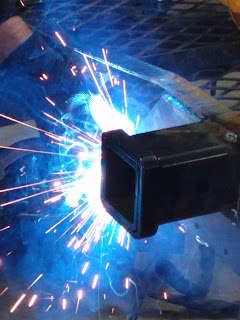 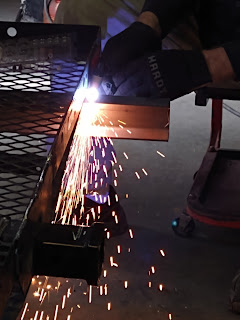 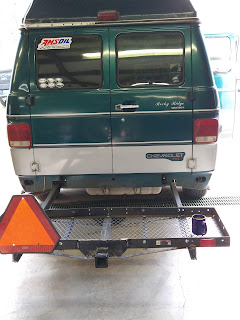 To having a complete front brake job done - by Cary! 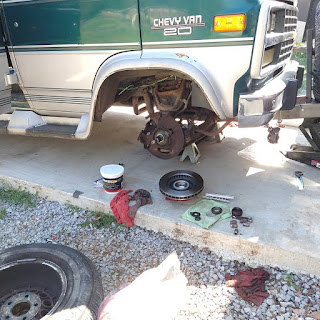 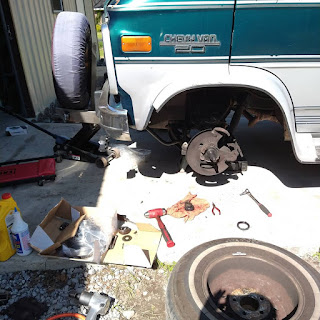 To my finishing up the "deck build"..so Lily now has an actual deck, wooden! Big enough for 2 people or 1 person & the BBQ grill!! 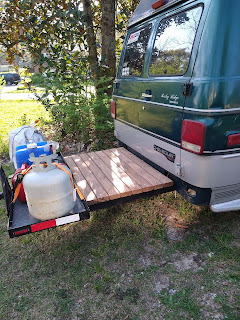 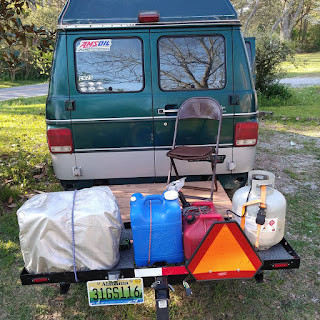 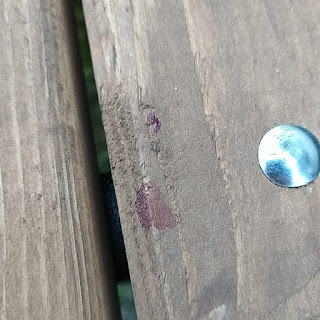 (Not to mention a lot of my sweat & some of my blood!)
I also brought back to life the little trailer that I've had sitting in the barn for the past 15+ years!
It was designed by FORD to be pulled behind the Pinto (so I've been told) and I have, apparently, one of the few that were made by Sears! And it is in amazing condition! 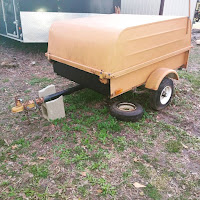 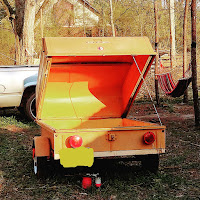 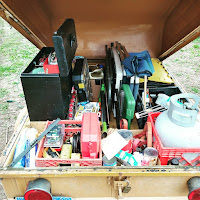 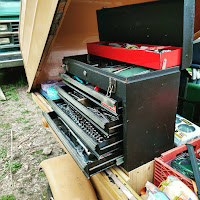 I'm also just blown away by how much stuff that I had packed into Lily! I mean, that was just ridiculous! But it is all neatly (basically) packed into what I now call "Lily's 2-wheeled suitcase"! And I now have ALL my tools with me again, which makes me very happy!
I also mounted LED marker lights on the rack/deck, put a complete new set of LED lights on the trailer, installed driving lights & fog lights (real AMBER fog lights)! Also mounted on rack & trailer the "slow moving vehicle" safety triangles. So don't tell me you didn't see me!!  LOL! 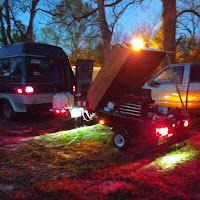 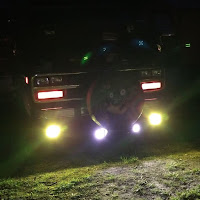 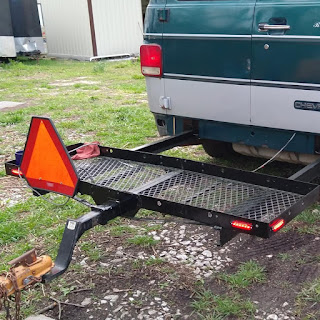 So now we're down to 2 days and back on the road we shall go....Myself & Abbie!  We've been parked for long enough! We are headed West, and will probably be out West for the next 12-14 months unless something really important comes up...and I mean REALLY important!!  LMAO!!
So stick with us and see all the places we will see! I will be posting on InstaGram almost daily, and the blog will be done at least 2-3 times each week.  AND I'm still working on getting my act together on my YouTube channel. There will be, hopefully, a lot of video shot & posted this year!
So come join us on the back roads!
C'ya out there!!
Frog & Abbie
🐸        🐶