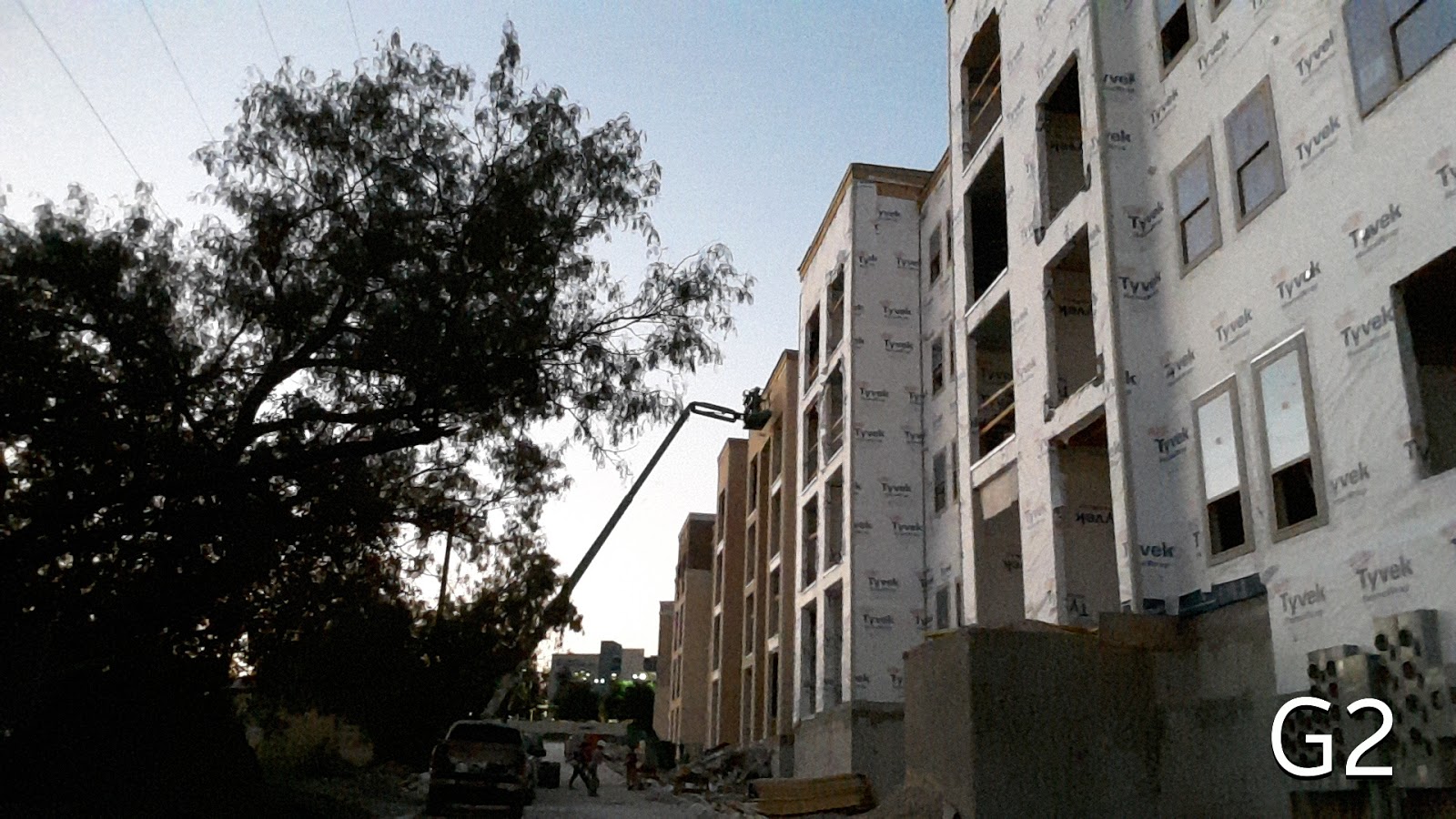 Well, besides the couple of posts that I did last night about a couple of news articles I forwarded to here, it has been my usual 10 days or so since my last post....I guess that when I am stationary like this, that is going to be my more or less norm!!  :-)

The main "excitement" that has happened around here for the past week or so was the thunderstorms that passed by here a couple of nights ago! And when I say passed by, that is exactly what happened! 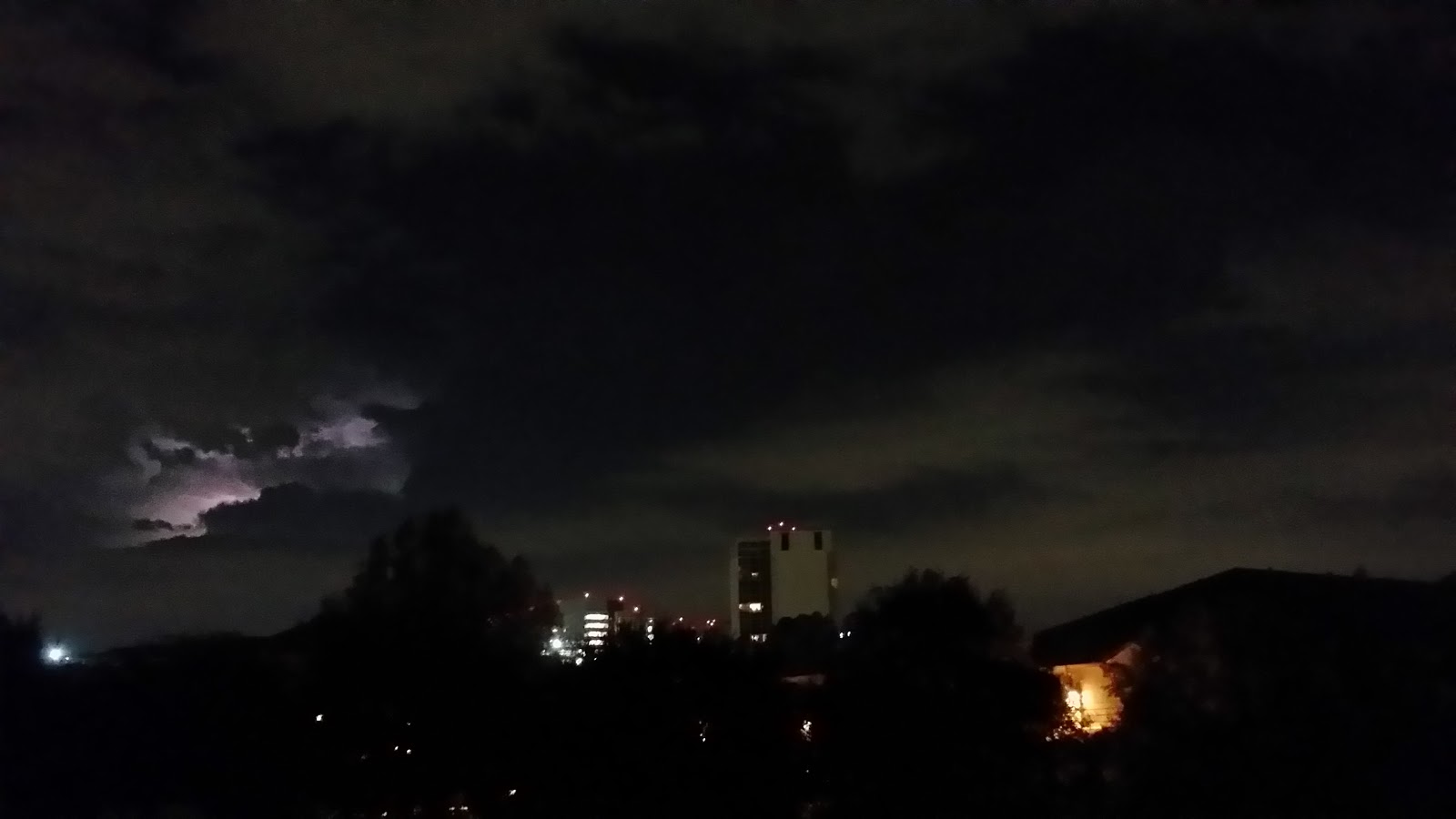 The storm front stayed to the east and south of main town, but the lightening was absolutely fabulous! I never even heard any thunder, but the light show went on for over 2 hours! 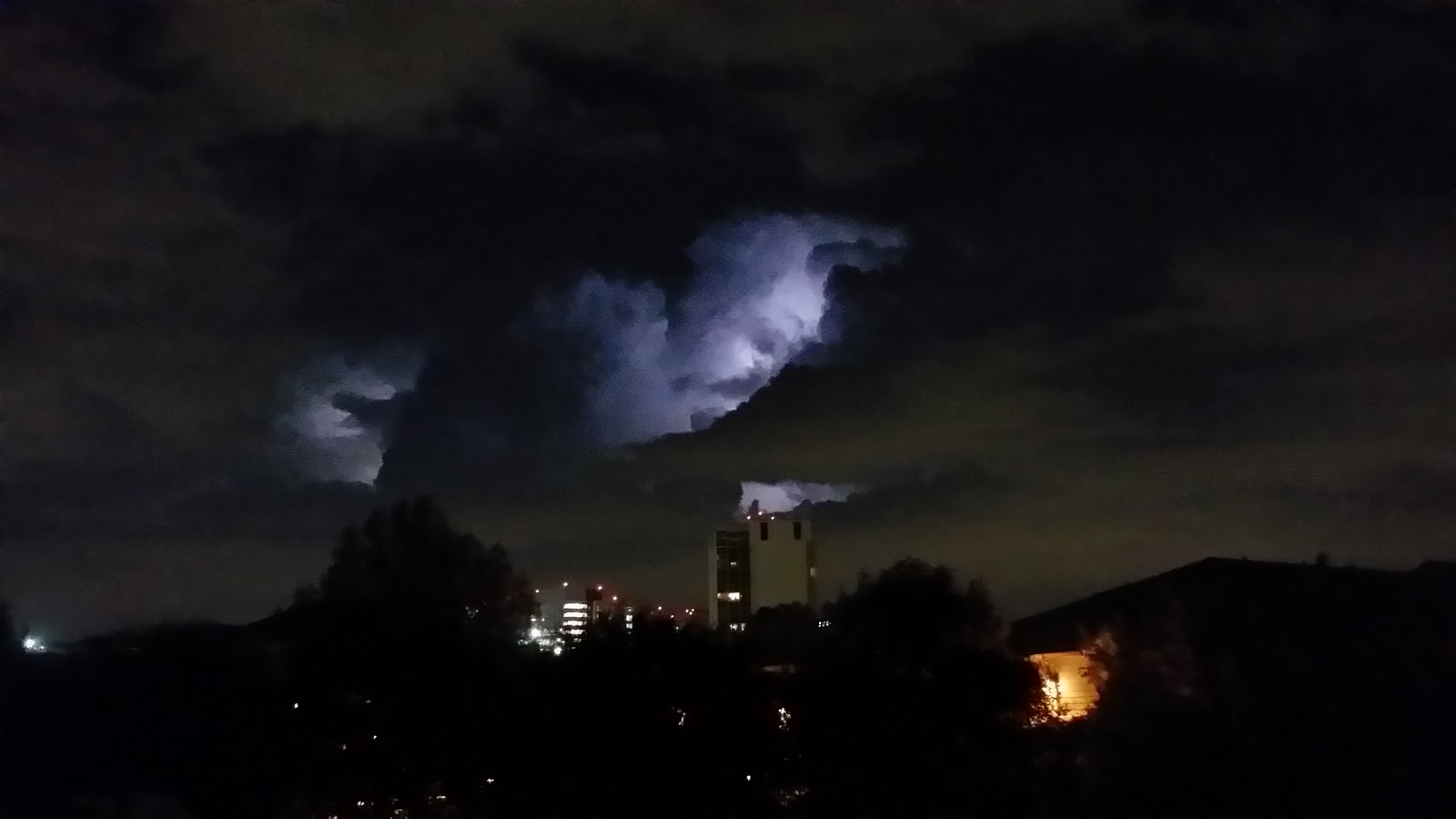 It was just so pretty, and it lit up the clouds in a way that I have not seen in many years! It was the most 3-D lightening show that I can remember
seeing.


It was almost like someone had choreographed (sp?) it in advance and had laid out the patterns and directions that it would go. 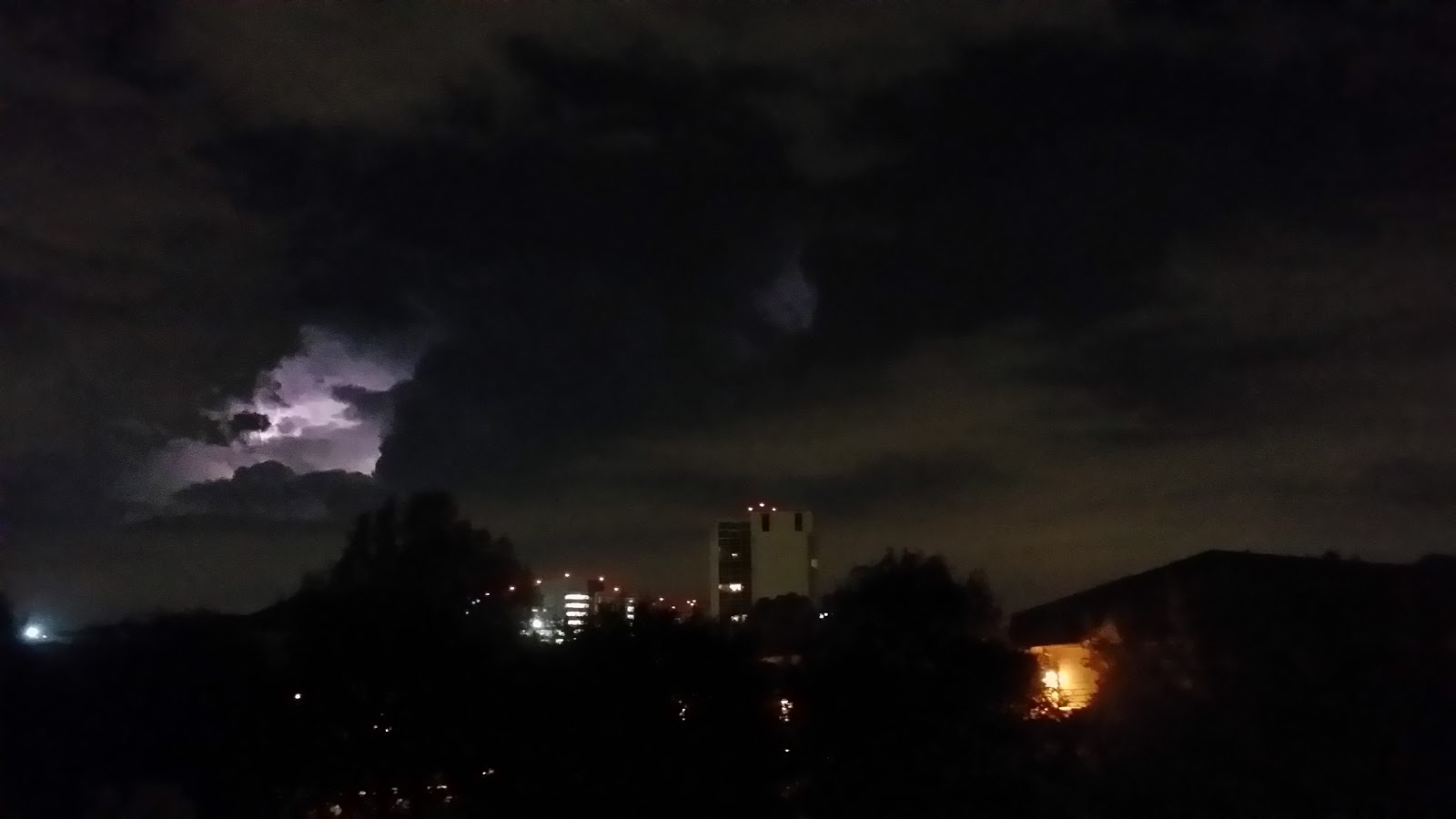 And today was my splurge day for this period....SONIC!!!  And they have banana splits!!! I have not had a banana split in a LONG time....so that was my splurge for the week!! And, boy, was it a tasty, smooth, cool, sweet splurge!! I just might have to do it again sometime!!  Heheheheh! 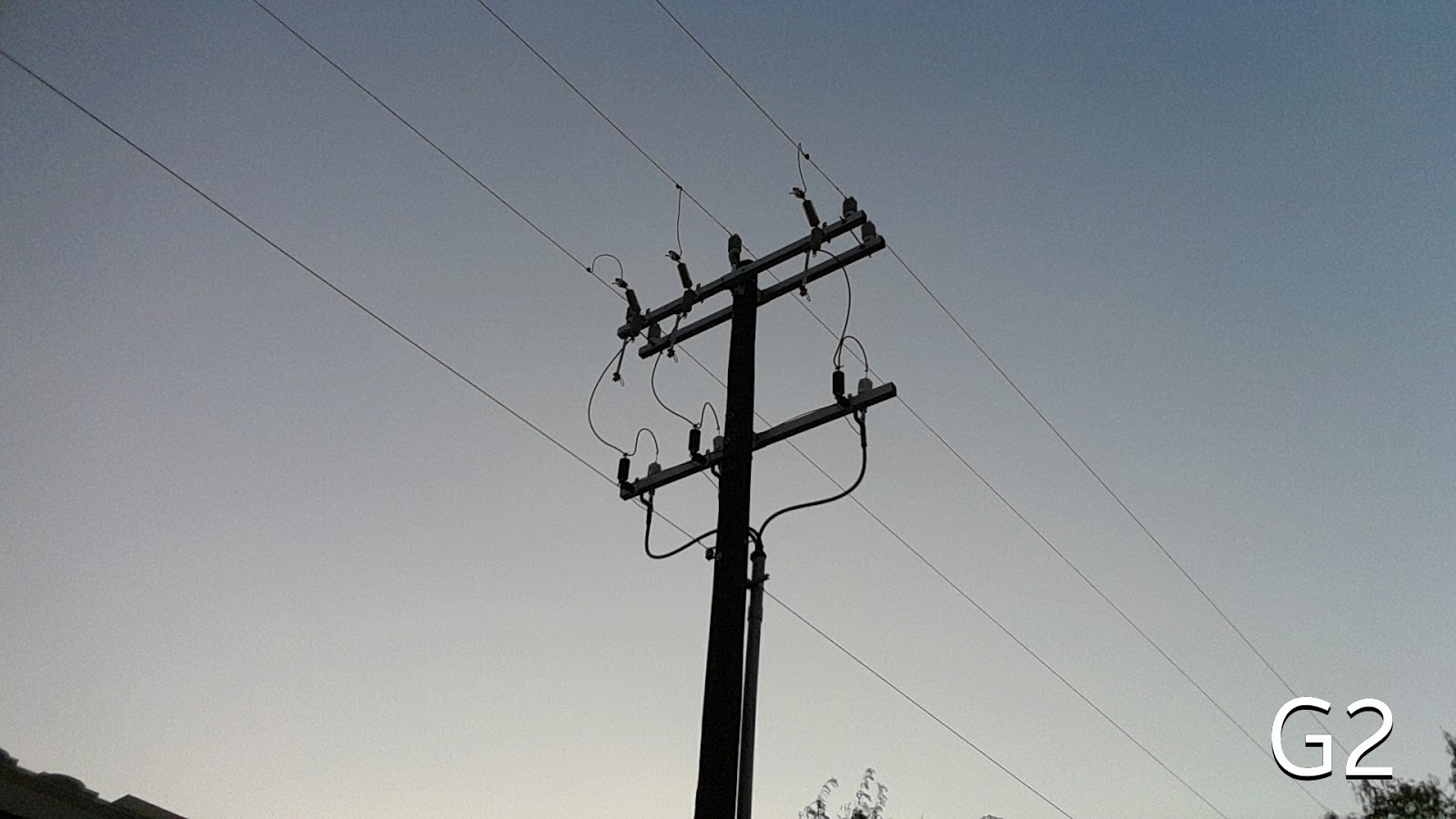 Well, it looks like I will be here through at least February, and possibly into or through March. They are just now getting power close to getting turned on for the buildings, and that was supposed to have been done in June, so you can see that they are just a little tiny bit behind on the schedule.  But when I do get released from here, I am going to take 6-8 weeks off and make the circuit and see everybody. 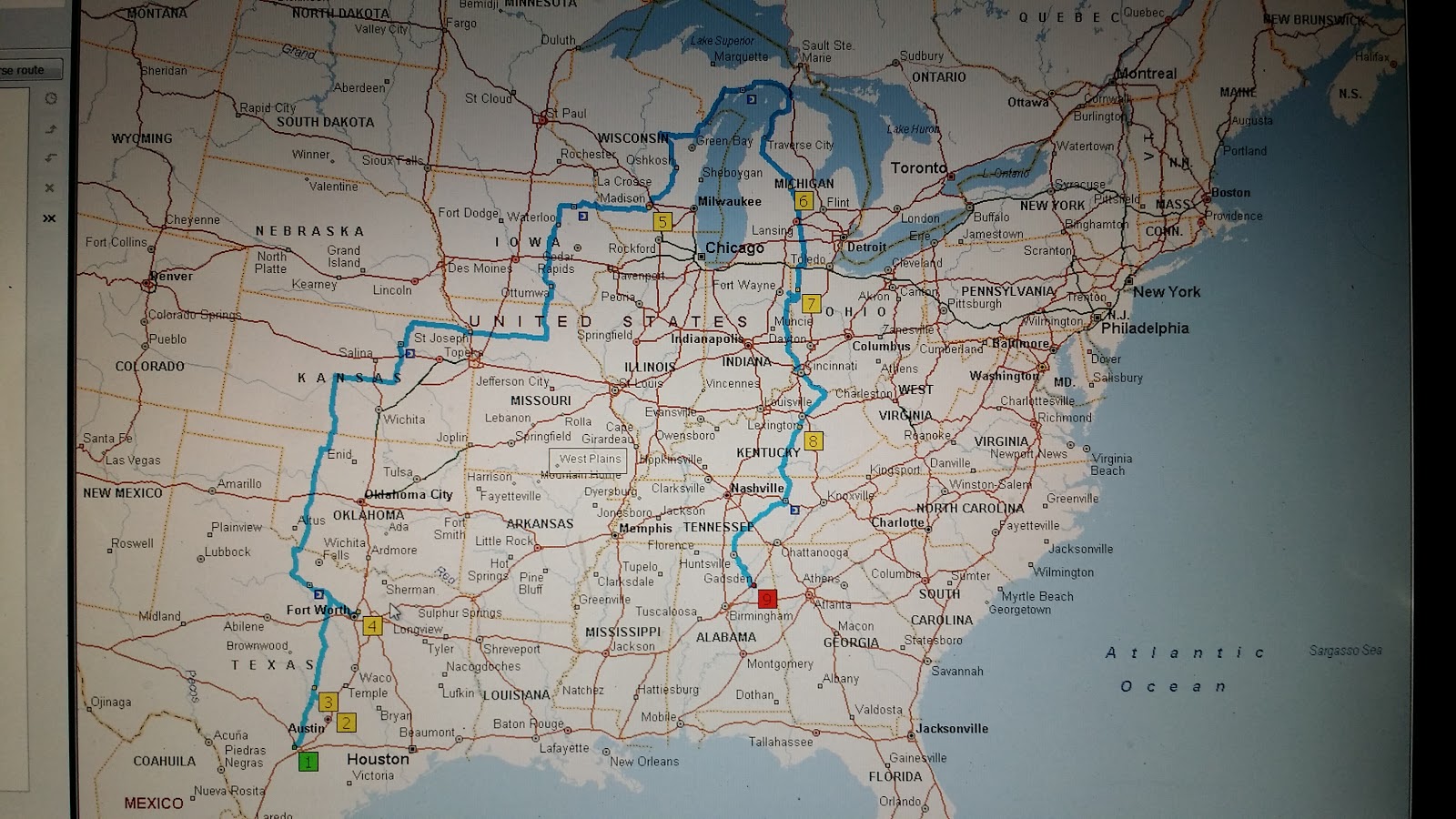 As you can tell from the map above, making a circuit for me to see everybody is going to be a major roadtrip.....aawwwwwww!!!  LOL   It is about 3500 miles, and will take at least 8 days of drive time for me in Bertha, it might be more like 10-11 days of drive time. But I will stay true to me and not run the interstates any more!!!  I refuse to be in that much of a rush for anything unless it is deemed to be of life or death!  So, if you take the drive time and add 3-5 days at each stop, that comes up to about 32-37 day road trip...and I am looking forward to it. And hopefully the worst of the winter will be done and gone by then!

It is about time to get ready for the night....so I will end this by saying I hope all are doing well, and I will be posting again....sooner than later, hopefully!!  :)