The project I currently at is probably not going to have any issues leasing out...it is almost literally sitting on top of a light rail commuter station! 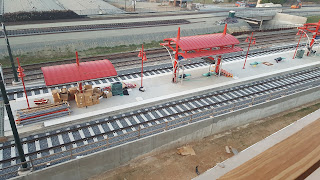 The rail line is running about 6 mos behind completion...but it is due to factors that are really out of their control. And to make it a little easier to take...the project is running about $57 million under budget! That is just awesome!!  LOL! 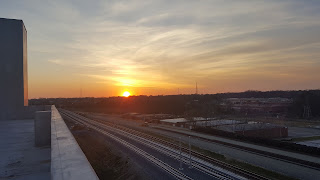 And as I was driving around the other day, there are areas that still have the old city flavor to them. When I go to "shop" (get things that I need...LOL) I actually get to see parts of the city that I would pass up staying on the main roads & highways. This is why I run the back roads just a much as is feasible. 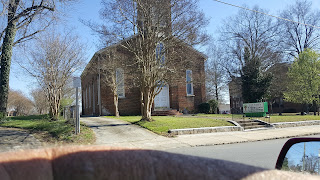 When you get off the main roads you find areas that have either been overlooked/passed over....or areas where the folks living there are not willing to give up their life style. 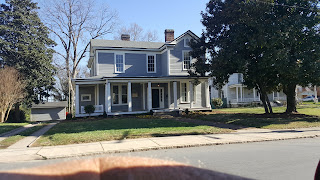 But the other thing that I have been noticing here is that there seem to be quite a few places that where they are taking the older buildings/houses and "restoring" them. They are really working in some neighborhoods to "update" the houses and also seem to be updating the land...and it is quite pleasing to the eyes! 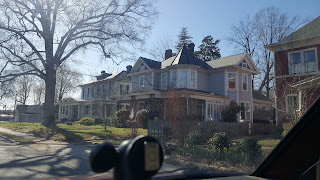 The older houses really do have a lot more character...even the little "plain Jane's" from the 40's to the 60's have a style/flavor all their own.  And it is really a nice feeling to see these older neighborhoods being "resurrected".

And last night we had some pretty good storms pass through here. There were some very high winds and lots of lightening and thunder!  It was glorious!

It's another Friday night in the "NODA" area here...and the music is thumping already! And all the parking spots are basically full! So it will be a long night here! And a cold front is moving in! They are calling for snow here! And I keep coming south to chase the "warm weather"...wonder where it wandered off to!! LOL!

Have a good weekend and looking forward to getting  back on the road one day!